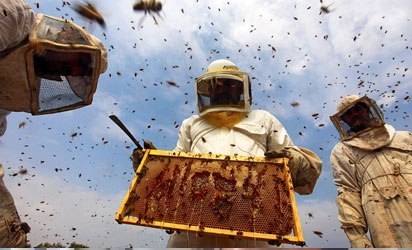 A driver error led to a truck overturning and its cargo of an estimated 133 million bees escaping in the U.S. state of Montana, local media reported on Tuesday.

“Fuel was leaking from the truck, mandating a quick response by rescue workers, who used self-contained breathing apparatus packs to minimise and reduce the risk of being stung,’’ assistant fire chief, Brian Nickolay told broadcaster KBZK.

NBC news said local officials put out warnings amid concerns for people with bee allergies. “No one was hurt in the crash,’’ the media outlets reported.

A beekeeper was called in to assist the rescue crews and NBC reported that the owner of the cargo may give whatever bees are recaptured to local residents. (dpa/NAN)