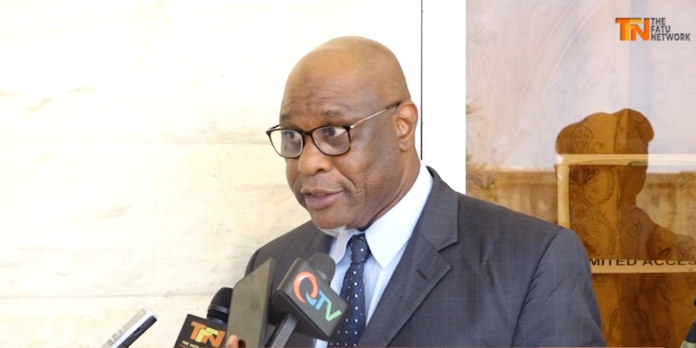 The Gambia Center for Victims of Human Rights Violations has issued a statement saying it is’ deeply’ concerned and ‘highly’ disappointed by the recent remarks made by the Minister of Defence Sheikh Omar Faye.

According to the Centre, Faye on the 4th April, 2021 during his interview on the For the People By the People Show on The Fatu Network said, “Let us suck it up, Let us understand that we made mistakes, Let us stop crying over spilled milk, Let us look for a way out, Let us move on” making reference to the victims of human rights violations of the former regime of Yaya Jammeh.

“This demeaning and highly insensitive statement is coming at a time when the TRRC is at the tail end of its mandate and subsequent submission of its final report and recommendations to the government. This statement coming from a Cabinet Minister is perceived as a threat that may affect the implementation of TRRC recommendations by the government as well as the healing process of victims,” the Centre said in a statement.

The statement added: “The Victims Center is dismayed by this frivolous statement from Hon. Faye, and as a result, the Center cannot let it go without expressing its repugnance to such irresponsible and callous remarks. It’s totally unacceptable and deserves absolute condemnation to the strongest terms. As a cabinet minister, he ought to speak responsibly and advocate for swift deliverance of justice for all victims.

“Contrary to this statement, the Victims Center want to make it categorically clear that it has never worked with the Ministry of Defence in matters related to the welfare of victims of the past regime. However, the Victims Center would like to acknowledge and appreciate the courtesy visit paid by the current CDS Lt. General Yankuba Drammeh on the 20th July, 2020 as part of his familiarization tour of institution following his appointment.

“We therefore call on Hon. Faye to urgently withdraw his irresponsible and callous statement and apologize to all the victims of human rights violations of the former regime and honorably resign from his portfolio as a minister or be sacked by the President.

“The Gambia Center for victims of Human Rights Violations will continue to work with all players in fighting for justice for victims, and ensure that peace continues to prevail in our country, the Smiling Coast.”