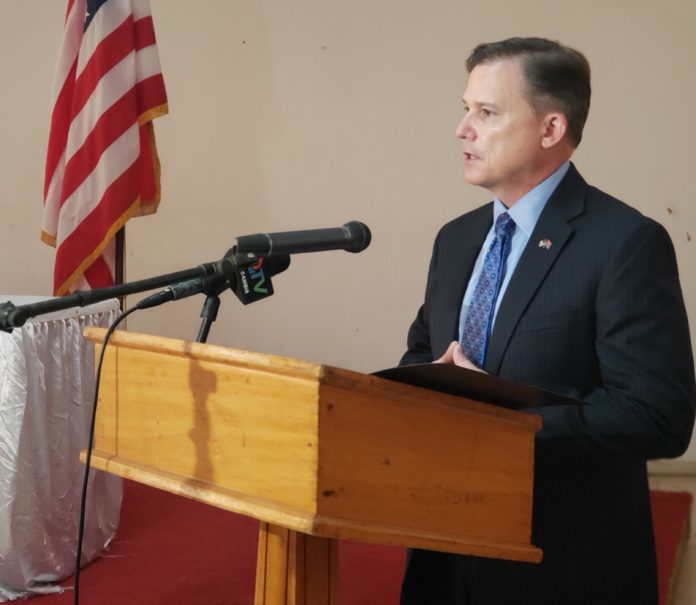 The United States government has said it will will continue the work well under way to pursue available legal means to support the Gambian government’s efforts to recover the identified ill-gotten gains.

The Gambia government on Friday released the Janneh Commission’s report alongside a white paper. The investigation’s report has unveiled former President Yahya Jammeh has stolen billion of dalasis during his rule.

The US government through its embassy in Banjul reacted to the release of the report in a statement Friday afternoon.

The statement said: “The United States government applauds the release by the Government of The Gambia of the full report of the Commission of Inquiry into the Financial Activities of Public Bodies, Enterprises and Offices, known as the “Janneh Commission,” as well as the Cabinet white paper. It is crucial that the asset recovery process be undertaken in a similarly transparent fashion to assure the Gambian people that recovered assets are being properly accounted for and accrue to the public benefit.

“The government of the United States will continue the work well under way to pursue available legal means to support the Gambian government’s efforts to recover the identified ill-gotten gains. The investigation of financial crimes is extremely complex, requiring specialized knowledge and training. We urge the Gambian public and civil society to invest the time to understand fully the complexities of the investigation and report, referencing the original Act that established the Commission of Inquiry, and the legal thresholds required to establish facts meeting evidentiary standards under Gambian law.

“We take this moment to renew our recommendation that government authorities work closely and expeditiously with civil society organizations and the National Assembly to develop strong legislation, strong regulations, and strong rule of law-based investigative and prosecutorial mechanisms to better ensure that persons who abuse their positions of public trust to greedily benefit themselves are held accountable. Trust by the Gambian people in their government will be bolstered by vigorous, transparent action to do so.”