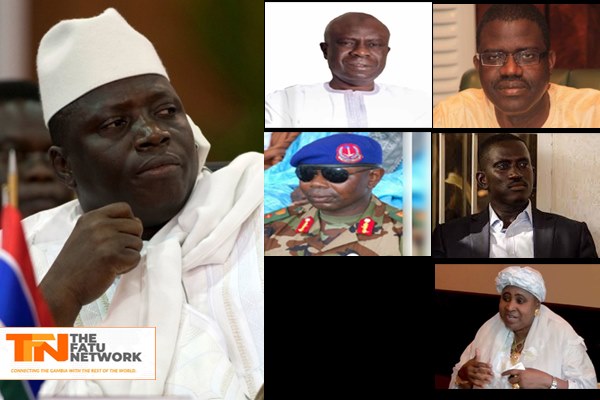 The Gambia government has set out measures it has and wishes to take against 31
people who assisted former president Yahya Jammeh in his financial crimes.

The Gambia government on Friday released the Janneh Commission’s report, a 1600-page document that shows how former President Yahya Jammeh pilfered billions of dalasis in state funds during his 22 years rule.

A government white paper which was also released on Friday set down measures the Barrow administration has or wishes to take against 31 people who have been found to have assisted Jammeh in committing the crime.

General Sulayman Badjie’s name came up first after Jammeh’s in the white paper with
the Gambia government describing him as ‘perhaps the most active and trusted associate of former president Yahya Jammeh.’

“He played a central role in cash withdrawals from the Central Bank of The Gambia, and accompanied former President Jammeh into exile,” the government said of General Badjie who the Janneh Commission found to have misappropriated or diverted 1.3 billion dalasis.

A number of people who made the list have been banned from holding public office for life.

Former secretaries general Njogu Bah and Momodou Sabally, Sirra Wally Ndow-Njie, Amadou Colley, Basiru Njie, Oumie Samba Savage have all been handed lifetime bans over their roles in the millions of dalasis that have gone missing.

The Gambia government has also warned at least 11 people over their petty roles in the financial wrongdoings.