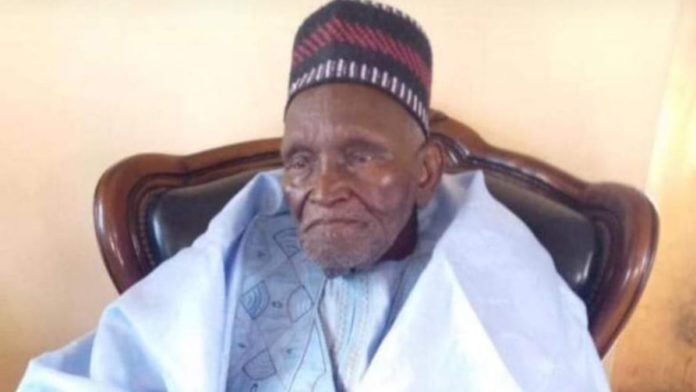 President Adama Barrow has commiserated with the family of Basori grand marabout Alhaji Yustapha Darboe who died on Tuesday at the ripe age of 106.

State House in a statement said: “His Excellency, President Adama Barrow extends his condolences to the Darboe family of Basori on the passing of the Grand Marabout Alhajie Yusupha Darboe, today 2nd March 2021at his residence in Kombo Basori.

“In his condolence message to the family, President Barrow, on behalf of the Government and people of The Gambia, said Grand Marabout Alhajie Yusupha Darboe’s demise will leave a void not only in the Darboe family but their community and the country as a whole.

“President Barrow described the Grand Marabout as a father figure, grandfather, confidant, and rock for many Gambians and non- Gambians both in the country and abroad.

“The President prays that the angels of mercy receive his gentle soul in Jannahtul Firdawsi, and Allah grants the family solace during these trying times.”