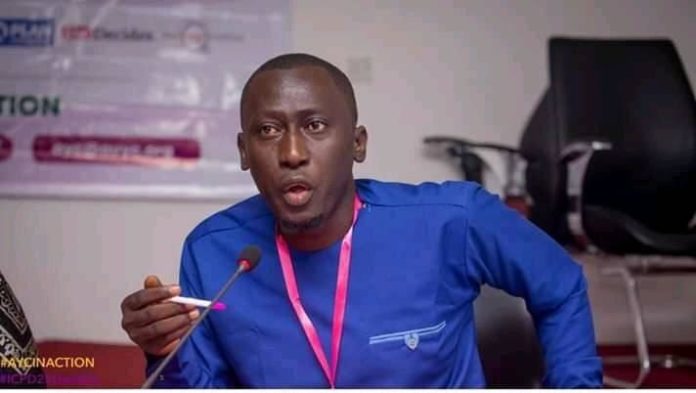 Youth in Kombo East have called for answers over the sacking of Lamin Darboe.

Darboe was sacked last week from his role as acting executive director of National Youth Council. No reason was given.

The youth of Kombo East in a statement signed by chairman of the district’s youth committee Lamin Sanneh on Sunday said: “Kombo East Youth and Children Development Alliance (KEYCDA) express our utter dismay and condemnation of the unlawful dismissal of Mr. Lamin Darboe, from his position as Executive Director of the National Youth Council of The Gambia.

“Mr Darboe is an exemplary figure in the youth sector who prepares and inspires many Gambian youth and remains a role model within families and communities. We consider his termination as illegal and a blatant disregard to the dictates of the National Youth Council Act 2000.

“Due to his dedication, commitment and foresight towards the wellbeing of young people of The Gambia (particularly Kombo East District), he co-founded Kombo East Youth and Children Development Alliance (KEYCDA); the first organised district youth and children development organisation in The Gambia and became the first coordinator in 2005. During his tenure, he selflessly mobilised and united communities within Kombo East and beyond.

“As the first coordinator of KEYCDA, he led the basics for progressive youth empowerment and development, community child protection and youth entrepreneurship and sports development, amongst others within communities, districts, Regions and beyond. His contributions toward youth empowerment have positively transformed the lives of many young people who are making great impact towards national development.

“Mr Darboe’s dismissal through the Ministry of Youth and Sport is unlawful and contradicts Section 13 of the National Youth Council Act, which gives authority to only the President to appoint the Executive Secretary in consultation with ‘the Council and the Public Service Commission.’ This Act is however, silent on the removal of the Executive Secretary, thereby empowering the common legal maxim that “he who appoints can dismiss.”

“Mr. Darboe was served a letter of dismissal without stating any ground that renders the government to sack him from his position. He is widely regarded as a competent, resourceful, diligent, ethical and professional youth leader in The Gambia and the sub-region.

“As a result, his unlawful termination has agitated the entire Gambian youth population and beyond due to his selfless services and sacrifices. He has been selflessly rendering development services to the young people and the government of this country which has broadly contributed to progressive youth empowerment and the development of our beloved nation The Gambia. He has been an epitome of hope for the youths and a pillar for the construction and development of life-changing initiatives in the country.

“During his stint as Executive Director of NYC, Mr Darboe has transformed all the Regional Youth Offices in the country and succeeded in building healthy relationship with partners and stakeholders in youth empowerment and development, bringing trust, coordination and mobilization much easier than before.

“Without any regard for that national commitment and endeavors, his position was unjustifiably snatched in the most unfashionable manner, with series of miscalculated remarks from the Deputy Permanent Secretary of the Ministry of Youths and sports, against the personality and competence of Mr. Darboe.

“In light of the above, we the young people of Kombo East District Youth Committee, on behalf of the entire young people of the district, demand answers for Mr. Darboe’s unlawful dismissal and urge for his unconditional reinstatement.

“We are equally calling on Civil Society Organisations, NGOs and individuals to continue standing against Mr. Darboe’s unlawful dismissal and against injustice at all-time as it will not help in the attainment of the desired goals and aspirations of our beloved country.”