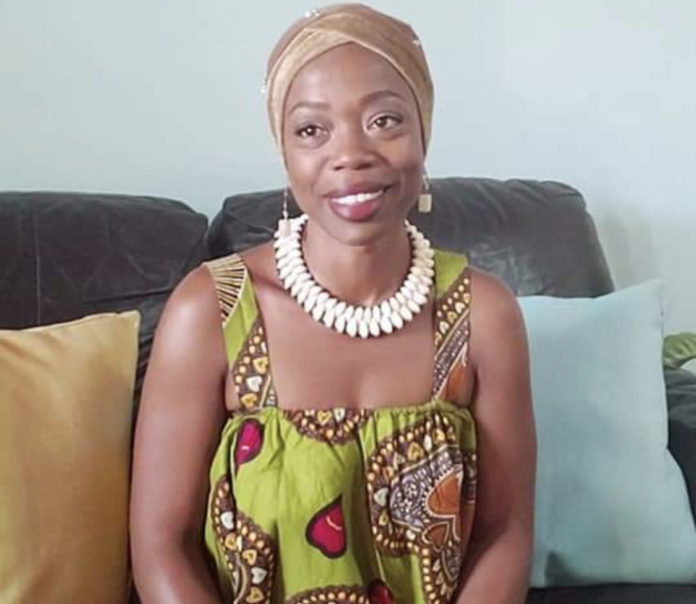 I recently came across this funnycharacter on YouTube. It’s not haha-funny, it’s more WTF is wrong with you-funny. The author’s main spiel is to get African Americans to repatriate back to Africa. The first funny thing about it is that Afri-Karen, as I named her, is not Gambian. She is an African American who recently moved to The Gambia and has only been there for less than 4 months. This is according to one of her videos posted in May, 2020 in which she claims she has been living in The Gambia for only 3 months. Yes, 3 months and she already has a YouTube channel where she’s the preeminent expert in Gambian affairs, enlightened and empowered enough to not only welcome others, but to also speak for Gambians and tell us what our place is. But wait, it gets better. There are a few “gems” in Afri-Karen’s videos that will amuse you if they don’t infuriate you, so take a seat and grab a glass of cold water before you continue reading. The objective of this piece is not to humiliate Afri-Karen. It’s to correct some of the misinformation being spread in her videos. The target audience is non-Gambians who do not live in The Gambia and may be watching these videos and getting the wrong ideas, especially her target audience of African Americans looking to repatriate to The Gambia. You are all welcome to The Gambia, but when you come, take the time to learn the culture and values that are so important to Gambians. Key among them are humility and respect for yourself and for everyone else around you.

Now, let’s take a look at some of those “gems” from Afri-Karen’s video and what you need to know about them.

In one of her videos, Afri-Karen talks about how enraged she was when, during a trip to the ATM, she saw a “weird-looking” white man holding a young Gambian girl. According to her, her “alarm and pedophilia radar went off”, so she got her camera out and began questioning the little girl. Then a Gambian man identified himself as the girl’s father and informed her that the white man was his friend and they were all together. At this point in the video, Afri-Karen put on her “omni-knowest hat” and proceeds to tell us that us Gambians are “as late and as sorry…when it comes to knowing our history”because we “think we can trust these white people”…and we “don’t understand why they (African Americans) come there with all this vitriol and paranoia towards the white man”….She then says – and these are her exact word – ”y’all like your old master and you don’t want a new master” (Yea, i can hear the saaga ndey in your head as you read this). She then reassures her African American audience that the mentality is not always going to be there, that it’s changing as they come to change it. All of this by the 3 minute 45 second mark of a 21 minute YouTube video. She likens the Gambian father to the “coons in America who always fight for white master.”According to Afri-Karen, “the colonizers are not the problem, the brainwashed Afri-coons are the problem.” She warns white people that even though they “had good slaves in The Gambians and Africans, but Kwame Nkrumah and all the greats knew that the African Americans would be the ones to bring back the revolution.”

A lot to unpack, right? I couldn’t watch past the 5th minute of ignorance, so let’s get to unpacking.

To begin, I looked up the author on Facebook and found that she calls herself Art Cathey. She likes to dress in Gambian clothes (no, I won’t accuse her of cultural appropriation). She’s from Birmingham, Alabama and introduces herself as “Holistic Counselor, Grant Writing, Ancestral Matchmaker, Urban Astrologer, Wife, New Mom, Free Spirit”. Excuse my personal prejudice, but whenever i find someone with such vague, made-up fancy titles, my bullshit radar starts beeping. What on earth is an “urban astrologer” or an “ancestral matchmaker”? She calls herself Art Cathey, but i shall call her Afri-Karen. “Karen” is the name given to white women in America who are quick to call the police on black people for no apparent reason. The black skin makes them uncomfortable and not only are they suspicious of anyone with melanin, they also feel they have the authority to demand to know or call the cops on black people without justification. From her actions at the ATM and narrated in her own words, this woman clearly is extremely prejudiced against white people. The mere appearance of the caucasian skin color “sets her radar off”, and now that she’s in free Gambia, she’s liberated and feels empowered enough, like white Karen in the USA, to question and go after any white person she feels uncomfortable with. She wants to be an African, but clearly lacks the understanding and the qualities it takes to be African, so she’s left with being an Afri-Karen”.

From her video and her Facebook page, it’s obvious Afri-Karen is a hustler, possibly a con artist. She came to The Gambia and found liberty she’s never enjoyed in her life. In the laid back attitude of the people and the welcoming environment, she saw opportunities for a business scheme. She’s going to be an “ancestral matchmaker”, whatever that means, and prey on African Americans by selling them this African dream. It’s a good idea and it’s viable, so I don’t knock her hustle. However, it would help her and anyone else looking to repatriate to learn a few things about The Gambian people before you make the leap. If nothing else, learn the 3 Ys.

I hope well-intentioned African Americans make the trip to visit or move to The Gambia. It’s open for business and you are highly welcome, even Afri-Karen and her misguided self. However, please note that you are not the only one welcome. We welcome EVERYONE, regardless of race or nationality. All that we ask in return is that you know your place. No matter where you’re from or how much money you think you have, no one is superior to you but you are also superior to no one. To make for a smooth transition and a lasting stay, take the time to educate yourself about our values and our way of life, and make a commitment to live by the ones we cherish most – yaatou, yarou, yi-eew!