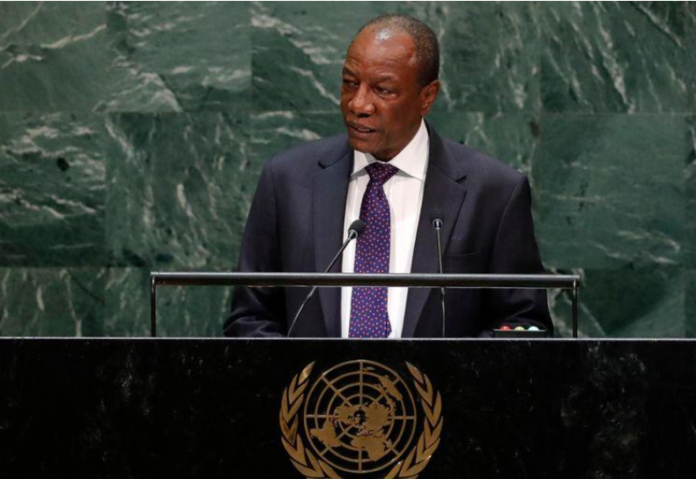 Guinea’s ruling party on Thursday nominated President Alpha Conde to stand for a third term, taking advantage of a new constitution to circumvent a two-term limit on presidential mandates.

Conde, 82, stopped short of formally accepting the nomination in a speech on Thursday. Talk of his running again has sparked widespread protests that have killed at least 30 people over the past year.

“Today you have all spoken, allies, parties and others – I take note,” Conde told party members.

He did not say when he would formally respond to the nomination.

Conde, a longtime opposition leader, came to power in a 2010 vote that raised hopes for democratic progress in Guinea after decades of authoritarian rule. He was re-elected in 2015.