The Fatu Network
Home News Gambians in UK to take to the streets over holding in Mile...
Facebook
Twitter
WhatsApp
Linkedin
Viber 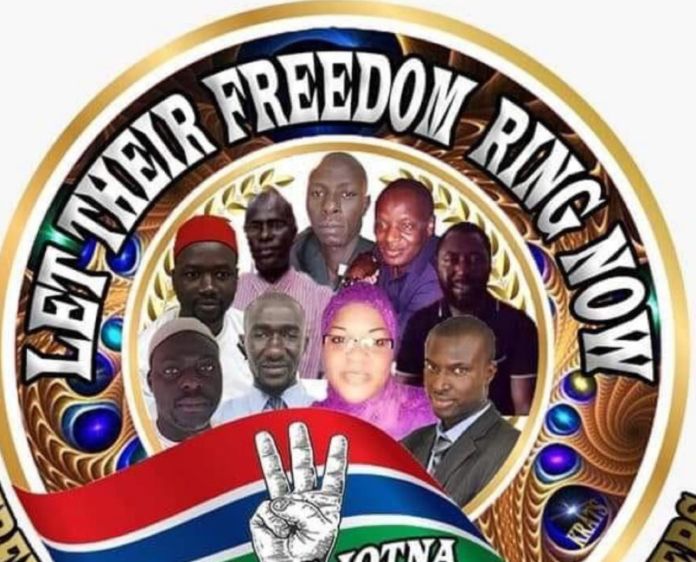 Gambians in UK will take to the streets on 27 February to show their dismay over the continued detention in Mile 2 of Yankuba Darbo and his Three Years Jotna compatriots.

Nine Three Years Jotna leaders including UK-based Yankuba Darbo have been held at Mile 2 since 26 January.

Gambians in UK say they will stage a protest over the continued detention of the eight men and one woman.

The ‘concerned’ Gambians said in a statement signed by Ebou Juwara: “Concerned Gambians in UK and Diaspora hereby call on all Gambians and friends of the march to show our dismay with which Human Rights Lawyer and Advocate Lawyer Yankuba Darboe and 8 other members of the 3 Years Jotna Movement are being reprimanded in Mile 2 Central Prisons of The Gambia since 26th January 2020 with continuous adjournment by Judge Amina Saho Ceesay and illegal closure of Home Digital and King FM radio stations.

“They got arrested for merely exercising their democratic rights to peacefully protest after being granted valid permit to do so; thereby violating their fundamental rights, guaranteed by the constitution.”

The protest is scheduled to take place on Thursday 27 February 2020 with 12:30 to 13:30 appointed assembly time. The procession will begin at 13.30 and end at 17.30pm. The assembly point is Parliament Square, Westminster, Central London.

The ‘concerned’ Gambians added the procession will commence from Parliament Square where they will walk to “House of Parliament and Foreign and Commonwealth Office, use train (tube) to Human Rights Commission and finally to Gambia High Commission office”.

“We urged all Gambians irrespective of political affiliations to turn out in large numbers to make this protest and demonstration a success,” the statement said.