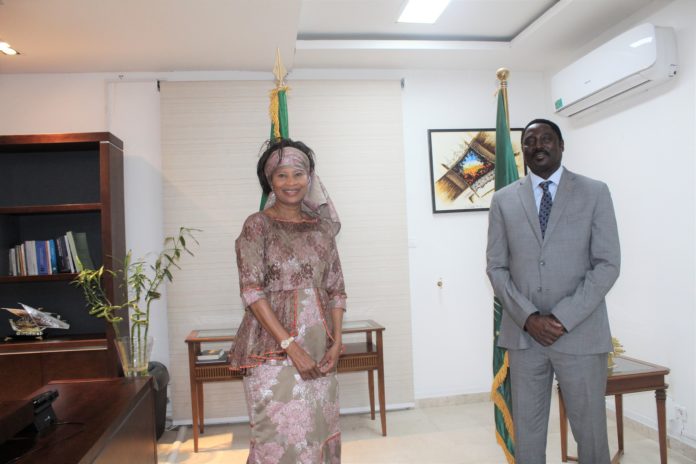 Dr. Mamadou Tangara on Thursday evening met the newly appointed Minister of Foreign Affairs of the Republic of Senegal, Aissatou Tall Sall, in her office in Dakar.

Dr. Tangara paid the courtesy call to congratulate Foreign Minister Aissatou Tall Sall on her appointment and assured her of The Gambia Government’s collaboration and support in strengthening the cordial bilateral relations between the two brotherly countries to greater heights, the foreign ministry said in a statement.

“He expressed strong conviction that Foreign Minister Tall Sall would deliver beyond expectation despite the daunting nature of the work of the ministerial position.

“Foreign Minister Tangara used the opportunity to remind his counterpart that the special friendly brotherhood between the two Heads of State should serve as an impetus for greater unity with a view to working together to register positive impact on the daily lives of people in both countries.

“For her part, Foreign Minister Aissatou Tall Sall commended the Foreign Minister for the felicitation and expressed her resolve to achieve results by working closely in strengthening bilateral relations between the two countries,” the statement signed by spokesman Saikou Ceesay said.