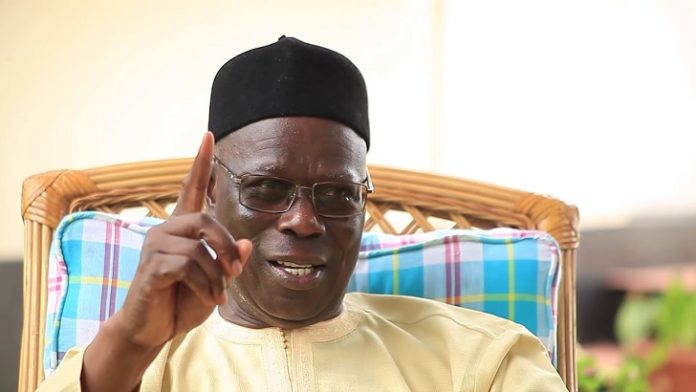 A statement on Saturday said: “The Central Committee (CC) of the party met on Thursday 9thSeptember 2021 under the Chairmanship of the Party Leader and Secretary General, Hon. Bakary B. Dabo, to review the activities and programmes of the Party since its last meeting. During the meeting, the members also discussed the recently announced alliance between the National People’s Party (NPP) led by President Adama Barrow, and the Alliance for Patriotic Reorientation and Construction (APRC) led by former President Yahya AJJ Jammeh. Ordinarily, an alliance or merger between political parties is a normal occurrence in politics, deserving no special attention. However, the Central Committee of GFA viewed this alliance with concern, as it endangers the stability of our country and poses an existential threat to our motherland, The Gambia.

“Given the role APRC played in supporting, defending and strengthening the regime of its former leader, dictator Yahya Jammeh in the brutality, murder, and other acts of barbarity committed against Gambians as well as the corruption and economic plunder of the nation’s resources, allying with such political forces is a major disservice to The Gambian people. It undermines the efforts of national reconciliation and a naked betrayal of the Gambian people particularly the victims of state terror. All of these atrocities nakedly presented at the just concluded TRRC Commission hearings, apparently meant nothing to President Barrow. What matters most to him seems to be winning the December 4th Presidential Elections by any means possible.

“President Adama Barrow, should be reminded that he was elected in 2016 to put an end to these atrocities, and the economic plunder of the country and pave the way for a nation reconciled and at peace with itself. These and other transitional agenda items have remained very much unfulfilled and for President Barrow to form an alliance with the very forces who inflicted so much pain and hardship on the Gambian people reflects total disregard for what we went through collectively as a nation. We should not forget the supreme sacrifice and untold suffering the Gambian people had to endure in removing Jammeh from office and to turn round and grant Yahya Jammeh amnesty for all these brutalities is an insult to the victims of Yahya Jammeh and his APRC Government.

“Given the real threat that the NPP/APRC coalition poses to the country’s peace and stability and the citizen’s desire for justice and reconciliation, the GFA Central Committee members unanimously mandated the Secretary General and Leader of our Party, GFA, to immediately embark on consultation talks with all other Political Party Leaders and other progressive groups who share similar concerns on the possibility of forming a grand coalition/alliance to thwart the undesirable objectives of NPP/APRC Alliance. At this critical juncture in our nation’s history, the GFA members consider The Gambia bigger and more important than each of us and our aspirations and it is therefore, time for all progressive Gambians to put The Gambia’s interest first and rally to save the country from the imminent threat she faces.

“President Barrow has betrayed our trust on multiple occasions but he should not be allowed to get away with this one.”