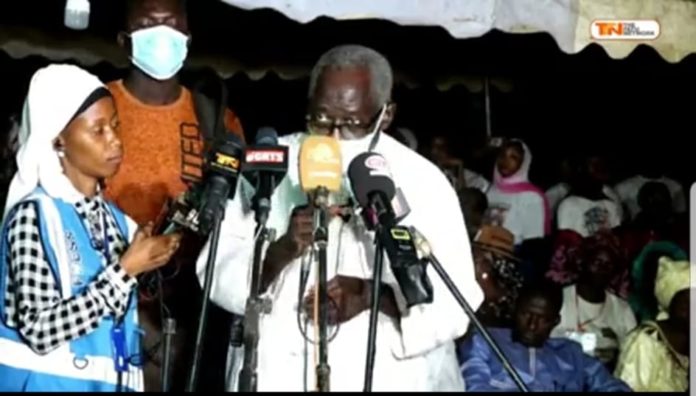 People’s Democratic Organisation for Independence and Socialism leader Halifa Sallah campaigned in Brikama Jamisa on Saturday evening after returning to Banjul from the countryside where he had been campaigning.

The experienced 68-year-old politician is taking a shot at the presidency for the last time in his over three decades career as a politician.

Speaking in Jamisa on Saturday evening, Mr Sallah warned that The Gambia is at a two-road intersection where one of the roads leads to development and comfort and the other leading to poverty and suffering.

“Gambia is at an intersection. One of the roads is the road of comfort and then you have the other road which is the road lack of awareness and poverty. If you’re ready, we can walk the former road and make The Gambia an example in the world in five years. But if you choose the road of poverty and vileness, we will not go there, we will forge a different history,” Mr Sallah told a crowd of supporters.

The PDOIS leader also sought to sensitize citizens regarding their vote and how they should view it.

The presidential election will take place in one week’s time and Mr Sallah is one of six people, all men, who are interested in taking State House including President Adama Barrow who is seeking a second term.