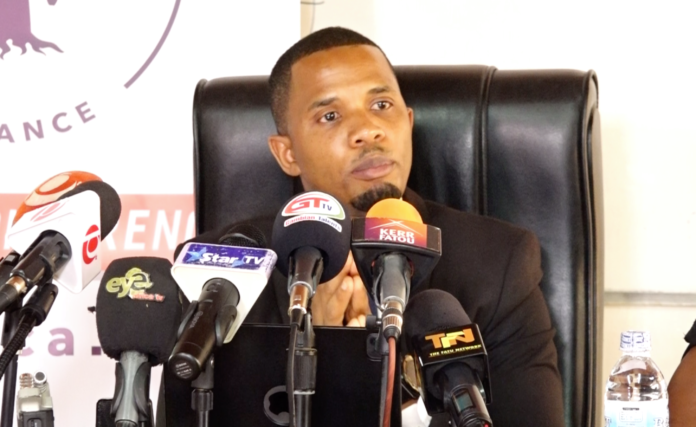 The Citizens’ Alliance party on Thursday January 14th, 2021, held their second monthly press briefing to share information with the public and to state their position on some of the recent happenings the country is grappling with, particularly issues of national interest.

Addressing the recent voter registration postponement by the Independent Electoral Commission, Dr Ceesay challenged the IEC to make it clear what logistical reasons led to the indefinite postponement of this crucial process.

‘’What is important for us as a party and as citizens is that elections are no jokes. They are life and death issues. They are about democracy, peace, security and stability, and therefore we must get it right. We urge the IEC to make sure whatever they do, they do it right,” Dr Ceesay said at a news conference held in Kanifing.

Sharing his thoughts on what many call the biggest drug seizure in the history of the Gambia, Dr Ceesay said The Gambia has become one of the biggest transits and storage points for drugs. While he admitted that the issue of drugs has increasingly become a regional problem, it should a cause for concern for the Gambia considering how small the country is.

“For the Gambia as small as it is, for us to be having this amount of drugs into our country is a serious cause for concern,” he said.

And like many other politicians and Gambians outraged about the drug scandal, Dr Ceesay called for an urgent investigation into the matter and bring whoever is found culpable before the law.

“Our position is clear. We strongly urge government to investigate this drug issue and make sure the perpetrators are brought to justice and set a very good example. Failing to do so and letting people go scot-free will cause impunity,” the former UTG political science lecturer said.

The Presidential aspirant also touched on other issues like the recent maternal deaths in the country, urging government to invest more in the health sector.