The man who can’t grow old: Chinese farmer, 34, is trapped in a child’s body due to brain injuries 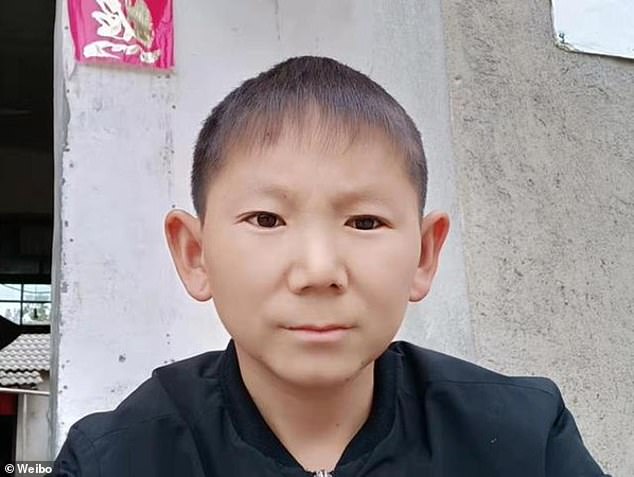 A 34-year-old man in China has been trapped in a child’s body due to brain injuries he had when he was six.

Farmer Zhu Shengkai from the province of Hubei claimed his body stopped growing after he was hit in the head by a stone in his childhood.

The man, who also works as a hairdresser, said: ‘I am still like a child, therefore I cannot have a wife or child.’

He then joked: ‘I cannot grow old.’

Speaking to Chinese media from his home in a village near the city of Wuhan, he added:

‘Although I am 34 years old, my body functions are still immature like those of a child.’
He said he was often mistaken for a boy by the others due to his child-like voice and looks.

Mr Zhu said he was struck by the rock while playing a game.

He said he was told by doctors that he sustained injuries in the pituitary gland – part of the brain which releases hormones that control growth in the body.

However due to the lack of healthcare services in the 1980s in rural China, his condition never got treated properly. (DailyMail)