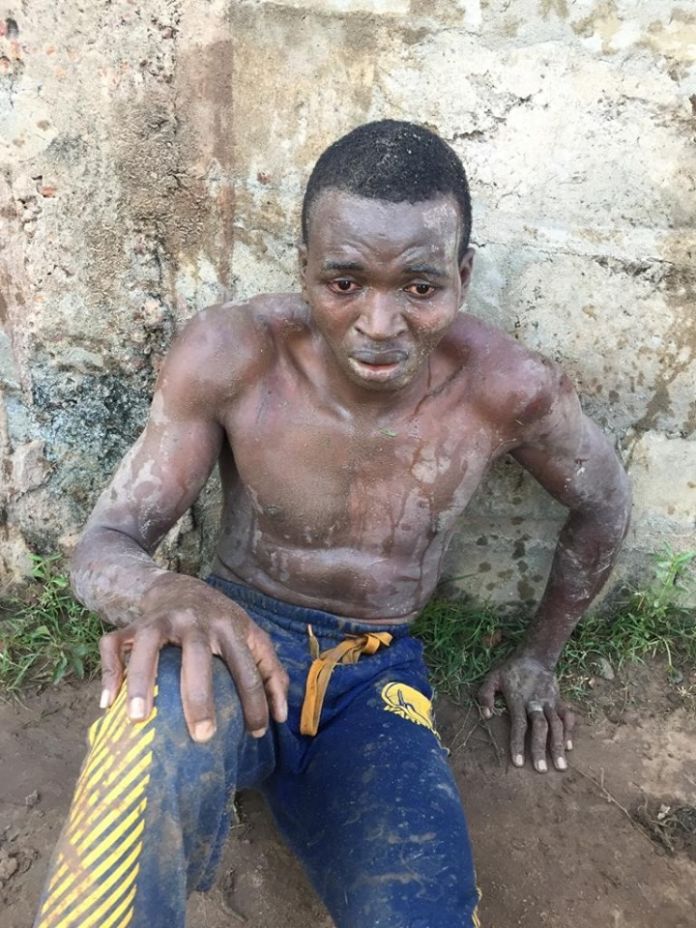 A disturbing video showing an alleged thief being beaten by a group of people has emerged on social media.

The video which started doing the rounds on Facebook on Friday shows a shirtless man sitting on the ground with his hands and legs tied.

A boy is seen standing by him and slapping him and asking him to look at another participant who appeared to be the one filming the scene.

Seconds later, another man joined in slapping the unidentified man who then threw himself on the ground screaming. Another participant could then be heard saying in Wolof, ‘do you think you can leave Guinea and come here to steal?’

In a separate video, water could be seen being poured on the man.

The Fatu Network could not immediately establish when and where the 49-second and 6-second videos were taken.

Watch the videos below.