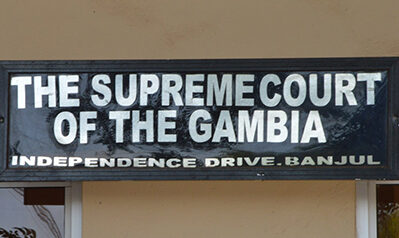 This came after UDP lead counsel Borry S Touray made a submission before the panel of judges at the Supreme Court. He urged the court to consider the application asking for a review of its decision taken on 28th December 2021.

The motion is supported by the affidavit of Alagie S. Darboe sworn on the 10th of January, 2022. The fact contained in the affidavit in support of the motion is that the petitioner filed a petition on the 14th of December, 2021, pursuant to sections 49 and 127 of the constitution and provisions of the Elections Act seeking to invalidate the election results by reason of corruption, widespread irregularities and illegal practices.

The case stands adjourned for ruling on the notice. The date according to the court will be communicated to the parties

It is now up to the supreme court to decide whether it will hear the matter again or stick to its earlier decision.