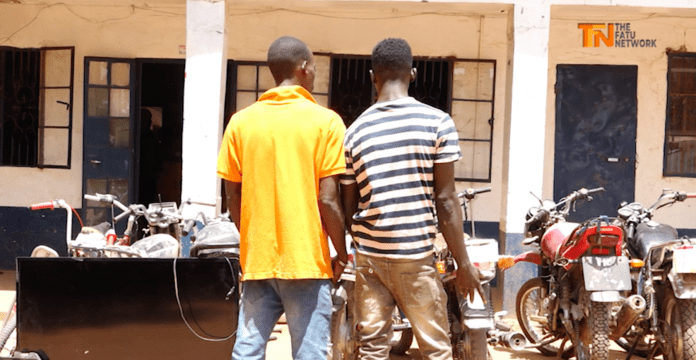 Police have arrested two men over the theft of motorbikes, mobile phones, TV sets and other items.

“So they decided to investigate into the situation and eventually thorough search was conducted at the premises of Omar Jallow where all these motor bikes , mobile phones, Flat Screen Television were recovered on 27 March and eventually brought to the police station.