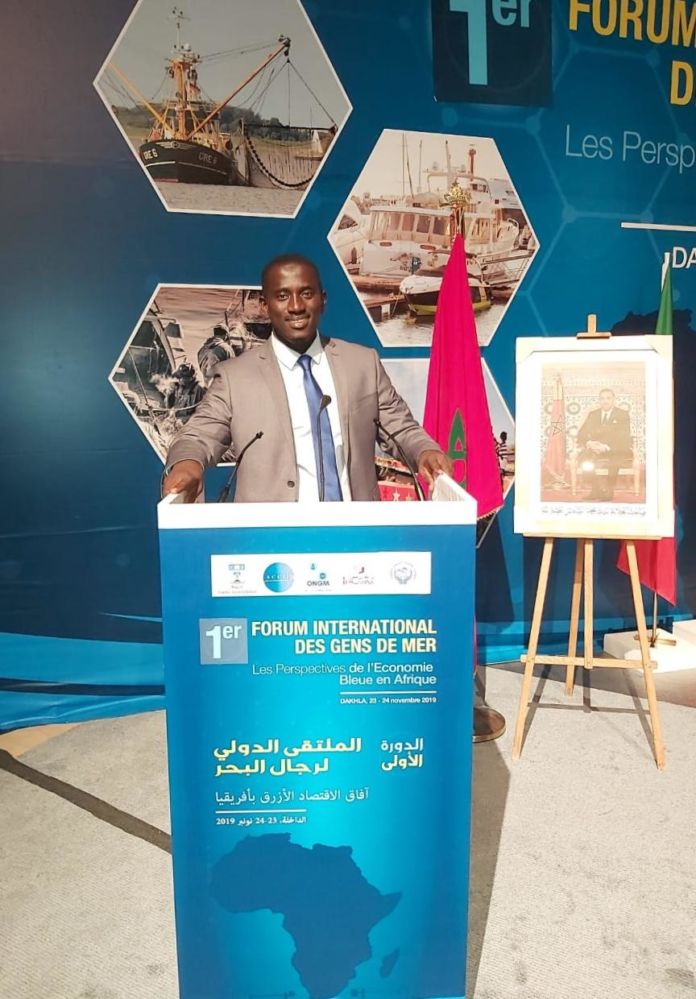 He made these remarks during an international forum on the blue economy held in Dakhla, Morocco, November 23-24, 2019. He addressed the forum on myriad topics including “Development of the Port Sector in Africa: Investments and Cooperation” under the broad theme of “Outlooks on the Blue Economy in Africa”.

“For me the theme of this panel is of particular significance. As a Gambian, this means a lot to me. My country is defined by its river. We sit on the Atlantic Coast and maritime activities have a huge impact on our economy.”

Dilating on the sub-theme of maritime tourism, he stated “In the Gospel of Mark, Jesus said to his first disciples Simon and Andrew come and I will make you fishers of men. Perhaps we should also not only focus on fishing in our quest to harness the blue economy but we should as well go and ‘fish’ men to bring them into our maritime tourism realm. The potential for greater economy activity in blue-economy-tourism is high in African countries.

But the drive to fully harness this potential in a sustainable and environmentally friendly manner cannot be optimised unless critical coastal infrastructure, especially tourism infrastructure, is well catered for.

“With the appropriate investment in infrastructure, innovation and policy, the blue economy could be the game-changer for social-economic progress in Africa.” Sabally asserted.
The high level forum was attended by scientists and top experts in economics and maritime administration from 27 countries and hosted by the National Observatory of Seafarers and the Regional Council of Dakhla at the Palace of Congress of the City of Dakhla.