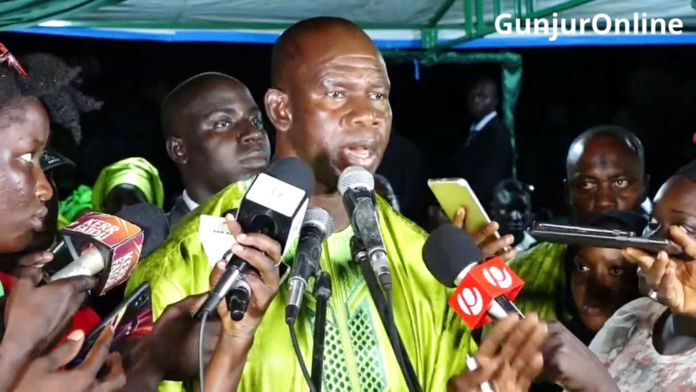 The first deputy leader of former ruling APRC Ousman Rambo Jatta has dismissed claims that his arrest in 2006 was ordered by former President Yahya Jammeh.

In 2006, while a member of UDP; Jatta was arrested and detained for a year for protesting against suspected misconduct in the presidential election of 2006.

The APRC deputy party leader said part of the reasons why he joined APRC was that he is a ‘development oriented’ person.

“Jammeh send Solo Bojang who approach me and told me Jammeh wanted me to join him and work,” Jatta said.

“After joining Jammeh, I later found out that my arrest was not ordered by Jammeh, from the horse mouth. In the presence of five ministers, four permanent secretaries and the speaker of the house in Farafenni, Jammeh said he never ordered for my arrest.”

According to Jatta, his arrest was ordered by his opponents in Bakau. When asked if Jammeh should take some degree of responsibility due to the fact that it was under his reign that he (Rambo) was arrested.

In response, Jatta said so many thing happened which Jammeh was not aware of and “mine is an example”.

He continued: “Jammeh told me he knew my arrest on the newspapers.”

Share
Facebook
Twitter
WhatsApp
Linkedin
Viber
Previous articleHead of leading US Muslim organisation meets Dawda Fadera over Gambia’s ‘laudable’ Rohingya efforts
Next articleAnd he’s 80 years old! Lesotho Prime Minister goes on the run on the day he was due to be charged with murdering his then-wife before marrying another woman (who has also been accused)