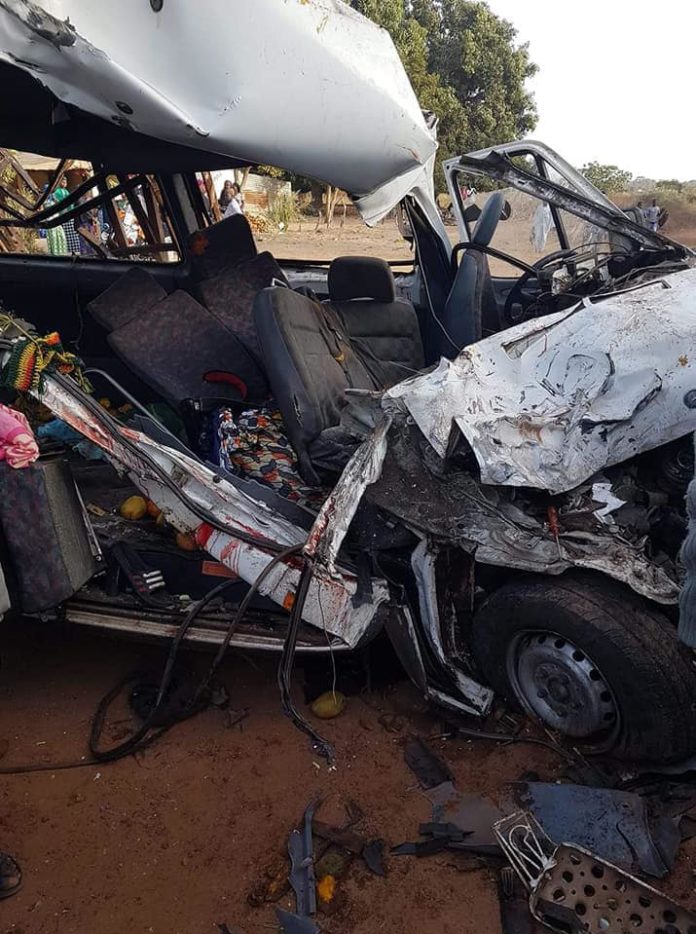 Police in The Gambia said Friday they have opened an investigation into a fatal car accident in Pirang.

A Brikama-bound passenger van collided with a truck in the Kombo East town Friday morning with at least six people confirmed to have been killed.

The spokesman of the Gambia Police Force Lamin Njie confirmed the news: “The accident occurred on Friday 7th June 2019 at about 0615 hours, around Pirang- Faraba along the Trans-Gambia Highway.”

“At the Pirang- Faraba bend,  Musa Gibba driver to the van was overtaking another vehicle with speed when he lost control of the steering and collided with the truck driven by Babucarr Mbye resulting to a serious crash.

“Several others are admitted at Brikama Major Health Center and Edward Francis Small Teaching Hospital for injuries at various degrees.

“The Police has opened an investigation into the accident. Meanwhile the two drivers are helping the Police in their investigations.

“Drivers are strictly warned to desist from speeding and dangerous driving as the Police will not hesitate to apply the Laws.”