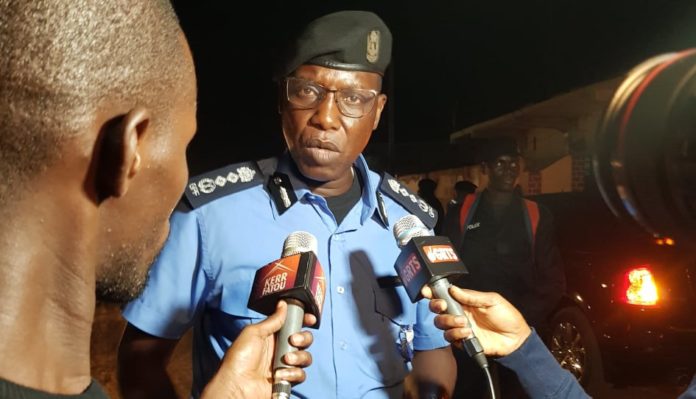 Police on Friday evening said the Office of the Inspector General of Police has learnt with deep concern pictures emerging from social media in which individuals are seen dressed in military paraphernalia mixed with political party colors and logos.

“Lest we forget, there has been series of Press Statements in the immediate past from relevant authorities notably The Gambia Armed Forces who had cause to remind the General Public about the need to desist from wearing uniform without authority,” police said.

Police added in their statement: “Recent activities by some individuals further prompted the authorities to remind those involved in this activity to stop the practice immediately. It is important to note that this act is totally against the laws of The Gambia and therefore, individuals involved must desist from it with immediate effect.

“Wearing of uniform without authority is prohibited as it contravenes provisions of section 169 (1) of Criminal Code Cap 3 Laws of The Gambia 2009 which states: any person who, not being a person serving in The Gambia Armed Forces or any foreign Force stationed in The Gambia wears without the permission of the President, the uniform of any those Forces or such uniform, is guilty of a misdemeanor.

“Equally, sub-section(2) of the above section further states that: any person who unlawfully wears the uniform of any of the forces aforesaid, or any dress having the appearance or bearing any of the regimental or other distinctive marks of such uniform, in such a manner or in such circumstances as to be likely to bring contempt on that uniform, or employs any other person so to wear such uniform or dress, is guilty of a misdemeanor.

“In view of the above, the Inspector General’s Office wishes to implore on the leadership of all political parties to adequately sensitise and advise their militants, supporters and sympathizers to desist from this practice. Party leaders are further encouraged to preach the word of peace and tranquility among their membership particularly, during this period of voter registration as well as during the general elections. The cooperation and understanding of the general public in this regard is highly solicited.”