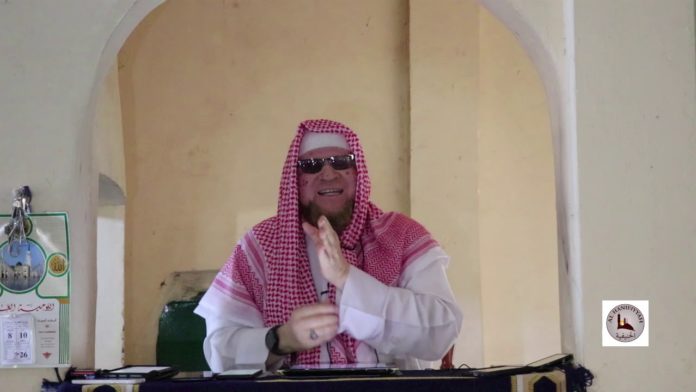 Top Imam Chebo Cham has said there is nothing wrong in saying some people must be lashed while others must be killed for the continuation of society, in new comments.

The cleric had come under fire after he made comments leaders should kill certain people if society is to remain intact.

But speaking to VM International TV, the cleric said: “People get angry when people are insulting people. So a leader has a right to shut down a radio station. In the eyes of God, it’s not an issue but in our human laws, [they will say] you have violated his right. That he has a right to freedom of speech. So this is the issue we are saying if we should follow that, the nation will not move forward So let’s Gambians understand us. We’re not here to look after any individual interest but the general interest.

“Some must be made to sit on a table and admonished in order for them to stop doing the bad things they’re doing. Some you must place them on a table and beat them. Some you must jail them but there is another who you must kill for him to leave the system so the rest could survive. So there is nothing wrong in this comment.

“The sharia ordered killing. Prophet Muhammed ordered for some people to be killed. But he did not kill them baselessly. He killed them because of society. You have to take out the few for the hundreds to survive.”