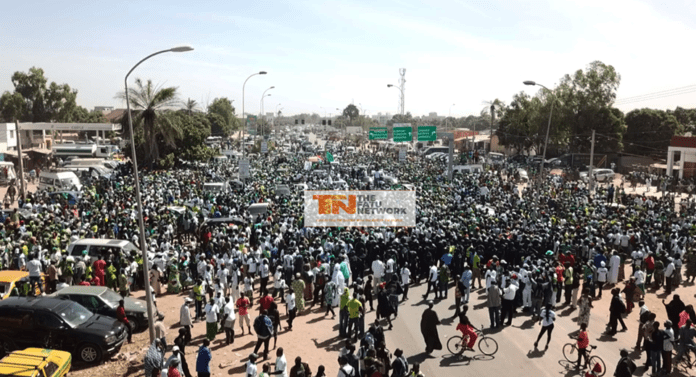 There is no legal instrument that says APRC should not exist or should be treated otherwise, the Inspector General of Police Mamour Jobe has said.

APRC supporters last month took to the streets to call for the return to the country of former president Yahya Jammeh, but the decision by police to grant the party a permit angered a cross section of Gambians most of them victims of the former leader.

The victims one week later also took to the streets calling on the Barrow government to impose a “ban or suspend the APRC party until the ongoing TRRC is concluded”. They’d earlier faulted the police for granting a permit to APRC.

Mamour Jobe in an exclusive interview with The Fatu Network said: “Let people understand one thing; the APRC is a legally registered political party.

“There are cases that are against the part but there is no legal instrument as far as I am concerned to say that the APRC should not exist or should be treated otherwise.”