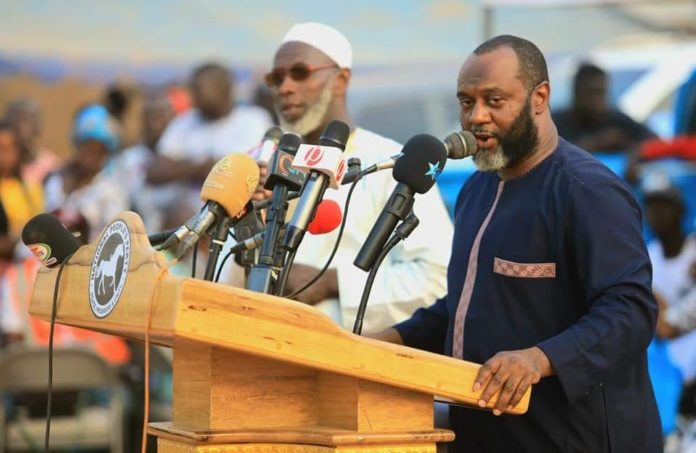 Muhammed Kandoro Yaffa has called on citizens to vote for Mamma Kandeh and has expressed disgust at the decision of their leader Ayatollah Musa Yali Batchilly to back President Adama Barrow.

Mr Yaffa is the senior administrative secretary of the Gambia Action Party and they party has been at loggerheads with leader Batchilly over his decision to endorse President Barrow. The party took disciplinary action against him and appointing a new leader.

“There are many parties and leaders in the country but they are different. If we want peace and development, it’s a choice we must make. If we give our votes to Honourable Mamma Kandeh, we will get the development and peace we want.

“But if we give our votes to someone, we will remain where we are. I want to ask Sarahules to be careful and not allow President Barrow to drag us into his tribal politics.”