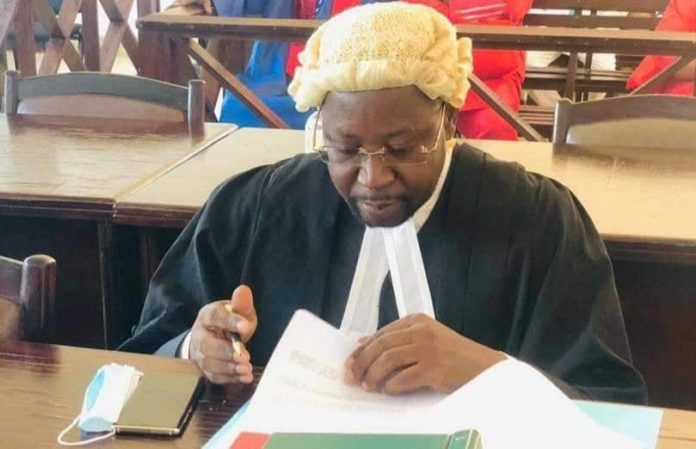 Gambia Moral Congress leader Mai Ahmad Fatty set being leader of a political party to one side briefly as he slipped back into the wig and gown to represent himself and his party in court regarding a lawsuit they brought against the Independent Electoral Commission.

Unhappy with the decision, the party sued the electoral body at the high court in Banjul and the case was mentioned on Friday.

Mr Fatty himself wrote: “This morning at Banjul High Court with GMC National Executive members and supporters, the case of GMC against IEC. The matter continues on Monday the 22nd November 2021.”

The GMC leader is a lawyer by training.