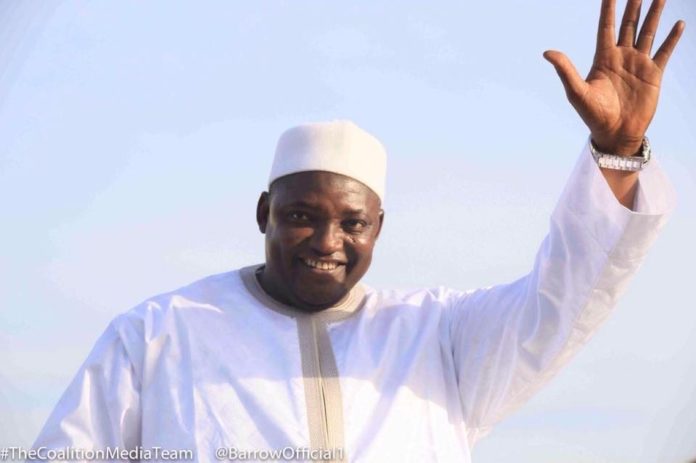 I Hail you thou Prince of Mankamang Kunda!

Yes, I just called you Prince Mr. President, and please do not cringe at this appellation, for it is not a title you chose for yourself. It is my choice to label you so and in this democratic space that we are all luxuriating in, my freedom of speech allows me to call you so. Indeed I am not one of those to call you our “Chief Servant”. In fact I find it so uncouth and untoward that our Head of State should be called servant. It is true that you have come to serve us and you are gladly doing that but that does not make you a servant and our rich and enriching culture and tradition would not be amenable to such appellation.

I know the fears of our people about long titles and undue sense of entitlement that characterized the past but that is no reason for us to demean our leadership.

Excuse me for the digression Your Excellency, but the foregoing matter has been a deep cause of concern for meand the continuation of such appellation is sure to have a practical impact on our society. I am not a psychologist, notam I an anthropologist but my little reading in these fields has convinced me that labeling the leader of a nation with such untoward appellation is sure to have an impact on the leader’s psyche as well as the society’s psyche.

Moving on to the thesis of this epistle, Your Excellency, Mr. President and Commander in Chief of The Gambia Armed Forces, it was indeed a great source of joy and pride to see you preside over a series of groundbreaking events this past weekend; marking the official commencement works for the construction of roads, bridges, and a modern college in the furthest region of our dear motherland, the Upper River Region (URR). I am not one of those who say that your predecessor did nothing in this country during his reign; indeed my ride to URR, was on the great roads he laid out, the Trans-Gambia road.

However, the man could have done better in the URR. I was shocked at the state of the road network in Wulli; and further mentally tormented to have heard that the road in a certain part of Wulli is so bad and dangerous that it is called Morocco, symbolizing the dangers of that area with the perils of the treacherous backway.

Your Excellency, the construction of roads, bridges and a center for higher education in the URR is what I have dubbed a transition from “rhetoric to praxis, thatsymbolizes a major paradigm shift in our national development trajectory!” For more than 52 years the deployment our national resources has been unduly tilted in favour of our urban centers, leaving the hinterland to mercy of NGOs and other charitable institutions funded by foreign donors. With the effective implementation of your new projects in URR, this injustice would be turned around leading to the harnessing of the huge potential of our rural areas.

Mr. President, the projects in URR will not only benefit the Gambia and Gambians, but the spillover effects would be felt as far away as Senegal, Guinea Conakry and beyond. You have certainly rolled out an initiative that is sure to get the founding fathers of the African Union, like Kwame Nkrumah and Leopold Sedar Senghore smiling in heir graves. Your rollout of the URR roads and bridges project(in addition to the Trans-Gambia Bridge) is a knockout blow against the barriers of regional integration.

You have surely taken a giant step that would aid regional integration, bringing people closer!

I was there at your rally in Wulli Foday Kunda, when Honourbale Mai Ahmad Fatty and Honourble Sidia Jatta(both natives of that area) addressed the gathering. Mai Fatty has demonstrated that he is not a selfish politician but a brilliant patriot who loves his people and cares for them. By calling on his people to rally behind you and support your development projects, Mai has demonstrated that his agenda is “Gambia First” and from the thunderous applause that greeted his appeal, I believe that the people of Wulliare fully in support of your development agenda.

And then the icing on the cake at the Foday Kunda rally came from no less an authority than the man I shall call the King of Wulli. Just like you, Honourable Sidia Jatta would not be too please with me calling him “King” but I do know that the people of Wulli will never feel offended that Icalled the long-suffering Sidia Jatta Wulli Mansa. Truly,my good old mother the late Aja Kaddy Jammeh is right “dimbaa toe foe, wo buka daa janni” (mentioning the name of fire never burns the mouth!). The legendary Jalali Wally would not be prouder of any other heir to his throne at the royal courts of Wulli. So the King of Wulli said this and I do believe that what he said shall come to pass as the truth and nothing but the truth inshaa Allah: The light that will extinguish the darkness engulfing The Gambia will shine from the URR and spread out countrywide; this will happen and no one can stop it!

God bless you Mr. President and God bless The Gambia and all people who love our country and wish us well.