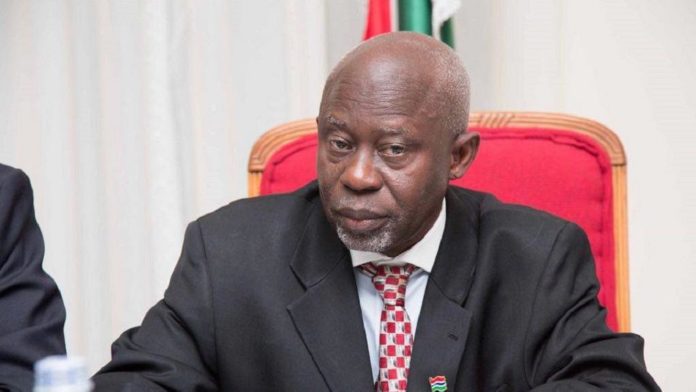 Party Leader and Secretary-General of the United Democratic Party (UDP) Ousainu Darboe has on behalf of himself and by extension the UDP expressed his deepest condolences to the bereaved families of the tragic New York fire incident.

The United Democratic Party he says is shocked and saddened to learn about the tragic fire accident which occurred in an apartment complex in the Bronx, New York, USA on January 9 causing fatalities and severe injuries to the residents.

“On behalf of the National Executive Committee and on my own behalf, I wish to express our deepest condolences for the great loss of lives. The Gambian diaspora is an integral part of our close-knit community, and as such this is a shared loss for all Gambians,” he says.

He further prays that all those who mourn are comforted by Almighty Allah, the Most Merciful and the Most Beneficent.

“Our thoughts and prayers are with the families and friends of all the deceased and injured at this very difficult time for them. May they be granted the fortitude to bear this great loss. May Allah grant the souls of all the dearly departed Al Jannatul Firdawsi,” he concludes.

Seventeen people, including eight children, died and dozens more were injured in the fire which engulfed a Bronx apartment in New York City. The fire erupted around 11 a.m. on Sunday.

“My Government Targets To Construct 1,200 Kilometers Of Quality Roads” –...

“I Will Be A President For All Gambians And Enhance Sustainable...

Diabetes: The “Ticking Time Bomb” for Africa! Are we sitting on...