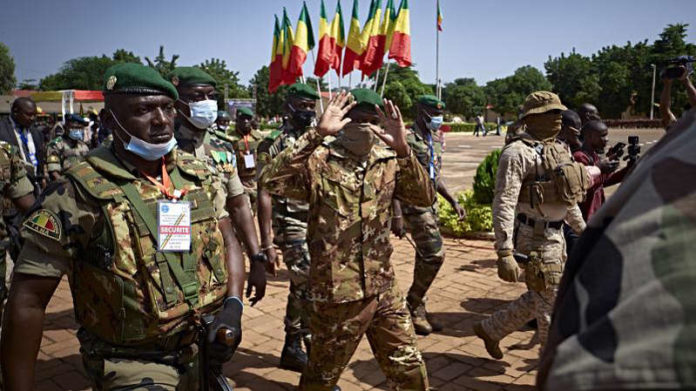 In a sharp escalation after months of simmering diplomatic tensions, leaders from the Economic Community of West African States (ECOWAS) on Sunday agreed to shutter borders with the Sahel state and impose a trade embargo.

That decision was backed on Monday by France, Mali’s former colonial power, at the UN Security Council.

The West African bloc also agreed to cut financial aid, freeze Mali’s assets at the Central Bank of West African States, and to recall their ambassadors from the country.

“Even if we regret the illegitimate, illegal and inhumane nature of certain decisions, Mali remains open to dialogue with the Economic Community of West African States to find a consensus,” Goita said on state TV.

Goita did not detail how his regime would respond to the stringent sanctions.

The coordinated action against Mali followed a proposal by its army-dominated government last month to stay in power for up to five years before staging elections — despite international demands that it respect a promise to hold elections in February.

ECOWAS also rejected a revised proposal the regime, led by Goita who took power in a military coup in August 2020, submitted to the bloc on the eve of the weekend summit.

After an earlier wave of sanctions from ECOWAS following the 2020 coup, Goita had promised to restore civilian rule in February 2022 presidential and legislative elections.

But he staged a second coup in May 2021, forcing out an interim civilian government, disrupting the reform timetable, and provoking widespread international condemnation.

As ECOWAS continued to insist on elections in February, the military regime argued that rampant insecurity posed a problem and that peaceful elections took priority over speed.

Mali has struggled to quell a brutal jihadist insurgency that started in 2012 before spreading to Burkina Faso and Niger. Swathes of its vast territory lie outside government control.

Russia called for the junta’s efforts to restore order in the country to be supported.

Moscow said it “understood the difficulties” in organizing new elections when a lack of security might undermine the outcome.

Western politicians have condemned what they say is Moscow’s growing influence in Mali, some alleging that the military regime has hired mercenaries from Russia’s controversial Wagner group.