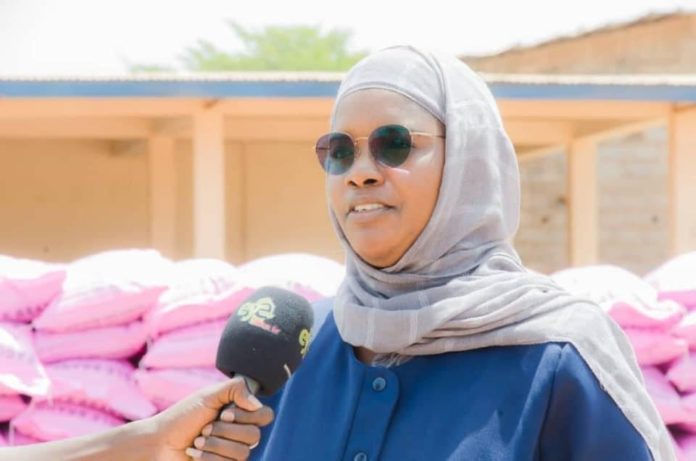 A letter purportedly by Sainabou Martin Sonko has emerged online showing the embattled KMC chief executive officer expressing remorse over her actions of acquiring a staggering loan for the purpose of buying a land, a day after KM Mayor Talib Bensouda called her out for engaging in fraud and theft.

The letter dated July 15 shows Mrs Sonko who is said to have taken 12 million dalasis telling KM Mayor Talib Bensouda the staff welfare association through her leadership brokered a loan facility from AGIB bank to acquiring a 100mx100m land in Brufut.

“However, the fact that the transaction is perceived to be illegal and the AGIB was instructed to freeze the account of the property vendor; I therefore truly regret my actions and any inconvenience that may have emanated from the loan acquisition from AGIB,” Mrs Sonko purportedly told Mayor Bensouda on July 15. A top KMC official told The Fatu Network the letter was Mrs Sonko’s.

The Fatu Network reached out to Mrs Sonko but she is yet to respond to a request for comment.

KM Mayor Bensouda on Monday told reporters the actions of Mrs Sonko were very serious – as he revealed she took illegally 12 million dalasis and used it to buy land.

“The actions of Mrs Sonko are very serious and we believe they are criminal in nature, ranging from fraud, tax evasion and theft. Mrs Sonko was confronted in a directors’ meeting of 12th July 2021 wherein she confessed to her actions and apologized to the management team of KMC,” Mr Bensouda said.