The Fatu Network
Home News ‘It’s only a question of when and not if’: Ba vows accountability...
Facebook
Twitter
WhatsApp
Linkedin
Viber 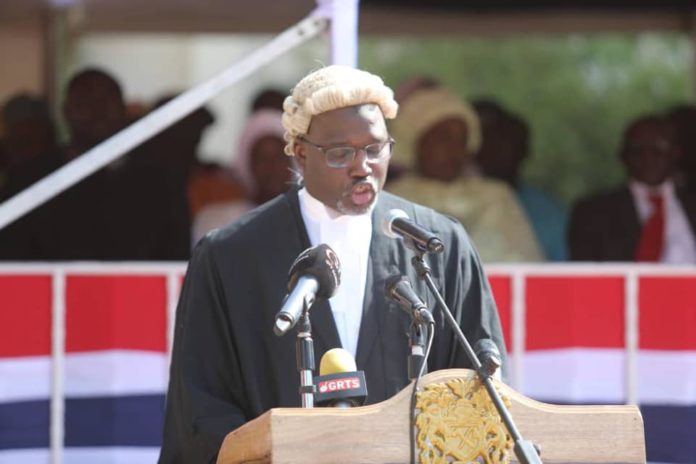 Justice Minister Abubacarr Tambadou has assured victims of former president Yahya Jammeh’s tyranny that there will be accountability of the highest order.

Gambians who suffered abuse and violation of their rights during the 22 years rule of former president Jammeh have been baying for justice – sometimes denouncing the Barrow administration over the ‘snail-pace’ handling of their plight.

The decision by police to grant APRC a permit to stage a protest demanding the return to the country of Mr Jammeh outraged the victims and sparked new anti-Barrow government sentiments.  Victims have now announced they will take to the streets to protest against the police’s move.

Justice Minister Abubacarr Tambadou speaking at the opening of the 2020 legal year insisted there will be accountability of the ‘highest order’.

Mr Tambadou said: “After a year of public hearings, and as we enter into the second and possibly final year of hearings, it can no longer be ruled out that crimes against humanity have been committed in The Gambia, between July 1994 and January 2017, under former President Yahya Jammeh, and that those who will be identified by the TRRC will face certain prosecution in the most serious form. There will be accountability of the highest order for these crimes and I assure the victims that it is now only a question of when, and not if.

“Regarding the Truth, Reconciliation and Reparations Commission (TRRC), it has been a challenging one year of public hearings with a number of shocking revelations and difficult decisions. I sympathize and understand the frustrations of some victims and their families over the perceived lack of accountability for perpetrators, frustrations often expressed in the saying that justice delayed is justice denied.

“But I say that sometimes justice has to be delayed so that it will not be denied. As leaders, we cannot simply follow public opinion all the time. We have a responsibility to occasionally lead public opinion especially when it comes to matters of justice and the rule of law.”