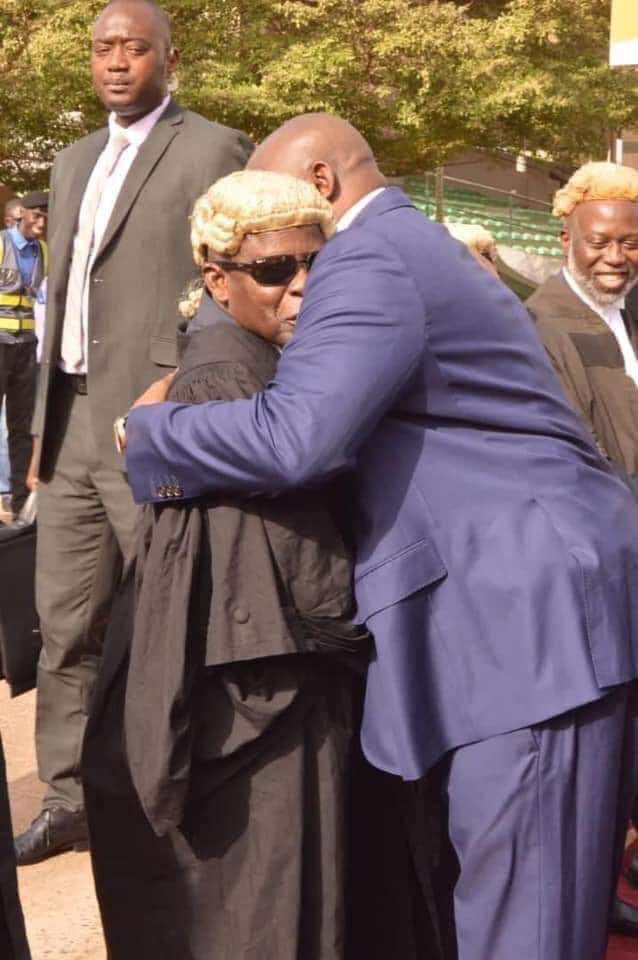 President Adama Barrow and UDP leader Ousainu Darboe hugged as the two leaders came face to face for the first time in many months.

President Barrow on Sunday presided over the opening of the 2020 legal year, attended by Darboe who is a lawyer and a member of the Bar.

The two leaders hugged after they chanced upon each other at the event but a hug has sparked a review of their relations.

In one of the pictures that emerged online, President Barrow can be seen leaning so hard on Darboe as he hugged Darboe who appeared not interested – as Sheriff Tambadou looked on and laughing. Another picture showed the two leaders hugging each other properly amid Barrow laughing from ear to ear.

Gambians online have been reacting different to the rare encounter.

Ensa Jobe said: “Barrow is forcing himself on Darboe but that won’t safe him from thunder.”

Aisha Barry said: “Did Barrow attempt to suffocate our party leader? TRRC most investigate this.”

Estranged father and son Darboe and Barrow have gone their separate ways and Sunday’s meeting is one of the very few times the two leaders stumbled across each other since their bitter fall-out last year.