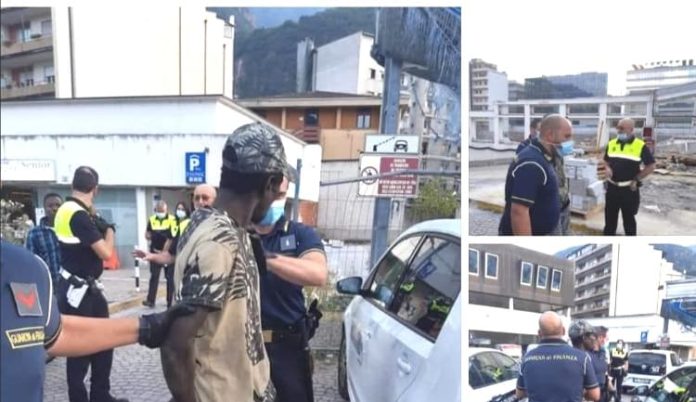 A Gambian man has reportedly died after getting brutally beaten by two men, according to reports.

Videos and photos shared with The Fatu Network by some Gambians living in Italy shows a man being reprimanded in Mandinka by a group of Gambians for being behind the killing of Lamin Saidy.

Photos seen by The Fatu Network show police escorting a man after being arrested.

The foreign ministry advised The Fatu Network to reach out to it during the course of the week over the issue.