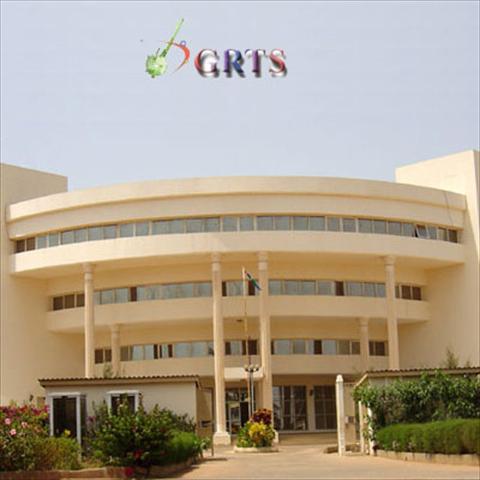 The Truth, Reconciliation and Reparation Commission in response to the public outcry over contracting a for-profit media company QTV over the national broadcaster did proof, gladly, that GRTS have the competence to do the job. However, what they did not mention was how they went behind our backs and acted in such manner that “the balance tipped in favor of QTV”. This they claimed was “largely because of the huge differences in their respective charges. QTV was asking for D150, 000 for a month’s filming irrespective of number of sittings or where the sittings are held. GRTS was asking for D30, 000 for a day’s filming, D200, 000 for a week’s filming, and D800, 000 for a month’s filming”. And they added “clearly, we cannot afford the kind of money GRTS is asking for”.

GRTS considers it very patronizing for the TRRC to use such flimsy but cynical financial excuses as a bait to obfuscate its unfortified gaffe of deliberately denying the public broadcaster its rightful position. It is a pity that some people also bought into this excuse; unfortunately they never bother to ask why is GRTS covering the Janneh Commission and the CRC for free.

I am just tempted to ask when does finance become an issue in GRTS coverages for national events? Lest you forgot, during the formative stages of the TRRC, GRTS was the only TV station that went countrywide from region to region, together with the print media, to cover the sensitizations leading to the mandate of the TRRC. The national broadcaster did not charge a penny, for we know it was our mandate to cover. Besides, there was no money at that time, because had there been some funding, GRTS will be dealt the same blow.

Should we clarify to the public, GRTS held several meetings with the Attorney General and team, and the TRRC on modalities for the recording and broadcast of proceedings of the Commission. It was agreed at that time that GRTS should create a special media portal which will allow all other media operators to access vital information and recordings of the proceedings of the TRRC in an unrestricting fashion. We are strongly convinced that more than anyone, we have the capacity, competence, country-wide reach as well as ability to not only cover and relay the proceedings of the commission, but professionally translate the contents of all proceedings in all local languages across our respective medium (TV, Radio and Online).

It came as a shock therefore to learn that the TRRC has contracted QTV, a private entity with a pure profit mandate with no edge over GRTS, to lead such an important national undertaking. The budget we presented to them recently is hewed from the computations made earlier, where it was agreed that GRTS will be in charge of securing relevant airtime from other private radio, TV and community radio stations to relay the proceedings of the TRRC. As opposed what the TRRC is saying, this budget was comprehensive and meant for the following:

That is why it does not make sense to us for an established media house to fulfill all these conditionalities with at least 3 cameras on a daily basis for one month for only 150, 000. That would imply charging D5000 per day, even when going to the provinces. The TRRC also justifying their actions claimed that what they did was essentially rent QTV’s equipment and personnel support to film their proceedings and facilitate their processes. But what we see unfortunately is that QTV was doing a live broadcast of the proceedings both on Radio and TV, contrary to what the TRRC stated. All these goes to show that the TRRC have not really spoken yet.

Finally, for those arguing that GRTS is funded by Tax payer’s money and therefore must cover the TRRC for free, what they fail to understand is that GRTS does not receive any subvention from government. The revenue we receive as GSM levy is what we use as operational cost to service our liabilities with other institutions like NAWEC, GAMTEL, Social Security, etc. GRTS has tariffs for various Paid-for-Programs and if the TRRC invite us to submit our charges, you think we shouldn’t? After all, is there anything wrong with the TRRC engaging us on our tariffs for negotiations, in the nation’s interest? Nay, but since the availability of funding for the TRRC, the commission overlooked GRTS and never engaged us on any form of discussions whatsoever on covering the hearings.

What we received instead was a letter on the Friday the 21st of December after working hours, requesting for a proposal, in both soft and hard copies, as well as do a presentation by Monday the 24thDecember, at 13:00 GMT, failure of which they will forfeit the opportunity. All this was meant to kick us out, as can be understood now. GRTS once again considers the actions of the TRRC as grossly inappropriate and recommends an immediate and unreserved correction of this unfortunate anomaly as soon as possible.