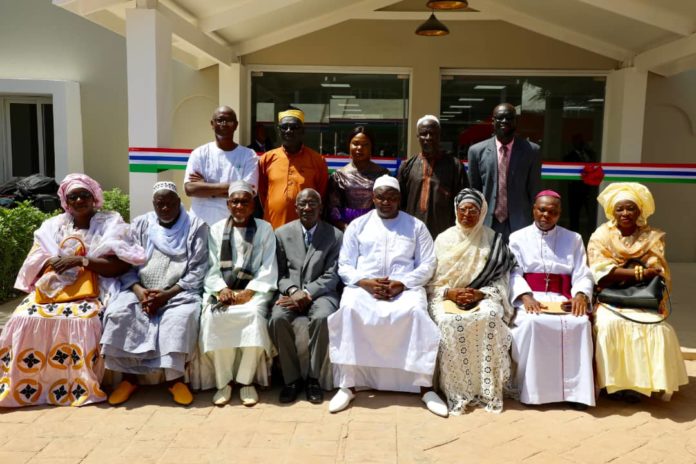 The Truth, Reconciliation and Reparations Commission on Monday held its first public hearing.

The session which was graced by Gambians from all walks of life among them vice president Ousainou Darboe officially marked the start of a long-awaited truth finding process.

Speaking during the opening ceremony, Dr Lamin J Sise the chairperson of the TRRC said “it is time to find the truth and justice, heal the nation and then move forward as one people.”

“As we start our hearings today the 7th day of January 2019, we want to register our full understanding that the TRRC therefore is not about the commissioners or abouyt the secretariat of the institution. It is about the victims of violations of human rights and abuses that took place over 22 years. And it is about the Gambian people who are still grappling with the legacies of the dictatorship and authoritarian rule,” Dr Sise said.

In December 2017, the National Assembly passed an Act to establish the Truth, Reconciliation and Reparations Commission.

The National Assembly mandated the commission to investigate and establish an impartial record of the nature, causes and the extent of violations and abuses of human rights committed during the period July 1994 to January 2017.

The commission is to promote healing and reconciliation; respond to the needs of victims; address impunity and prevent repetition of the violations and abuses suffered by victims making recommendations for the establishment of appropriate preventive mechanisms including institutional and legal reform; establish and make known the fact or whereabout of disappeared victims; provide victims an appropriate an opportunity to relate their own accounts of the violations and abuses suffered and finally grant reparations to victims in appropriate cases.

The TRRC comprises eleven commissioners who are drawn from all sectors of the Gambian society.