‘Give us a break.” Coach Pasamba Jow hits back at those questioning Justice Ebrima Jaiteh’s credibility 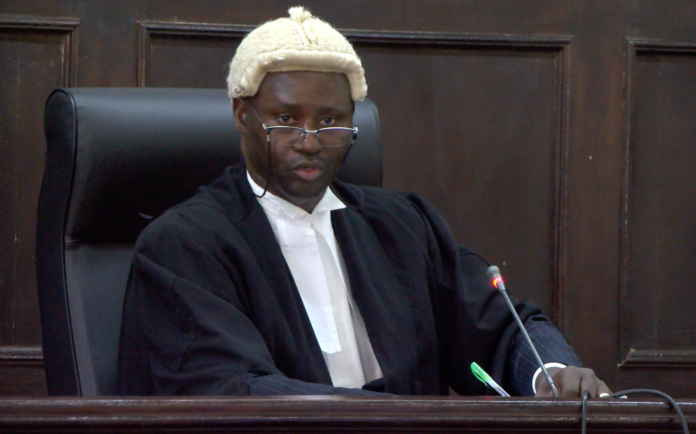 Coach Pasamba Jow has blasted those attempting to question Justice Ebrima Jaiteh credibility telling them: ‘give us a break’.

Justice Jaiteh last week made a huge judgment when he convicted and sentence former AFPRC junta member Yankuba Touray to death for killing Ousman Koro Ceesay. Some people began questioning the justice’s integrity by sharing posts he had previously made on the APRC.

But commentator Coach Pasamba Jow co-hosting For The People By The People Show on Sunday said: “The judge did what was supposed to be done. I have seen people jumping and saying, ‘oh the judge, he wrote in 2017’. Give us a break! The judge did not try the case.

“The prosecution tried the case and what the judge did, in his summation of the evidence… What he read were the evidence that was presented before the court.

Share
Facebook
Twitter
WhatsApp
Linkedin
Viber
Previous articlePPP explains how party abolished death penalty in 1993 amid much talk about Yankuba Touray
Next article‘I guess we have souls like that’: Madi Jobarteh rips into Yankuba Touray for trying to appeal death sentence