I hope Gambian President Adama Barrow and his close advisers are following the hot revelations on CNN about the “Wuhan-Files”, classified-leaked documents from China confirming how the communist government mishandled the outbreak of the coronavirus pandemic in its early spate. The secret documents did not only confirm what several Chinese dissidents had said all along about reports received from their family members of more Chinese killed by the disease than the government had reported, but further disclosed the secrecy aimed at keeping the rising number of infections concealed to the world until it was too late. That even the first 6000 proven infections were reported to be less than half that number. In total, the Chinese government reported about 4000 deaths from the virus, while dissidents put the number to over 700,000.

They had also strongly opposed requests from the World Health Organization scientists to allow them access to the locations in Wuhan to independently investigate how the virus turned deadly from there. And when the world was still in shock, questioning how the killer virus started in China, President Xi Jinping was dogmatically against any independent foreign scientists to go and probe into the root of the plague.

We all could recall when the US government at the peak of Americans’ death rate from COVID-19 around June/July announced the disproportionate death rate on African Americans, compared to whites giving rise to the Chinese in their ill-conceived, short-lived and shameless tactics of blaming the African migrants living in China for bringing the disease from Africa to the extent of brutally persecuting blacks in their major cities. US State Department had to even warn African Americans living in China to be extra cautious of vigilante groups in key cities.

So for President Adama Barrow to say that world leaders like him shared the guilt of the globalization of COVID-19 by their failure to help the Chinese government control the virus in its first upsurge sounded like an ignorant pandering to falsehood. He either didn’t know what he was saying or was afraid of calling out China for their recklessness and angering his government donors and charity givers.

China is not responding to the new revelations from the leaked documents and may never do so until they find a good excuse of disputing it as habitual, making it ever more compelling for a concerted effort by world leaders to ensure that the communist government paid for the damage they inflicted to humankind and African nations in particular. Exempt President Adama Barrow.

In my opinion, it is very possible that if the Chinese are left unpunished and allowed to continue their uncooperative tendencies in such deadly matters, another killer virus could in the near or long future erupt again after being already exposed to their 2003 SARS virus that infected 8000 and killed 800 Chinese and Vietnamese and their COVID-19 that so far has infected over 63 million and killed 1.5 million people worldwide. Another pandemic from this secretive communist nation could very well cause our extinction as humans. Call me a pessimist, but I will keep on reiterating this warning of Communist China posing the biggest existential threat to our survival as a species. We used to fear the detonation of nuclear bombs in a senseless superpower war as the biggest threat to our civilization; but after COVID-19 with close to five-thousand more different strains of coronaviruses reported in certain cave bats in Wuhan, the likelihood of another killer virus emerging from reckless China far outweighs any probability of a nuclear war or sophisticated terrorists manufacturing and detonating a dirty bombs in crowded cities.

We cannot let China get away with this crime, period. 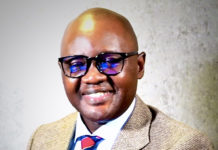