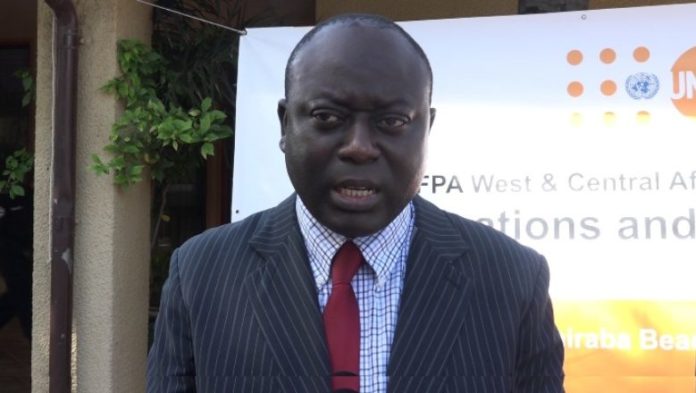 The Minister of Information and Communication Infrastructure has said that cabinet has approved a plan to plant reporters of Gambia Radio and Television Services in the various government ministries.

President Adama Barrow on Thursday presided over a cabinet meeting which discussed various issues among them communication and civil service reform.

Ebrima Sillah said in a outcome statement shortly after the meeting that, “cabinet deliberated on a paper on the Civil Service Reform Programme 2018 – 2027.”

“The cabinet paper presented by His Excellency the Vice President and Minister of Women’s Affairs identified a number of challenges and constraints that need to be addressed to accelerate the Civil Service Reform Programme. These concerns and challenges include: proliferation of public sector entities with overlap of roles and functions; low remuneration and incentives for civil servants; gaps in discipline and ethical standards; lack of universal application performance management; and ad how and inadequate capacity building,” Sillah said.

According to Minister Sillah, the civil service reform programme will be implemented in two phases.

“The second phase involve the reengineering and transformation in the Civil Service to consolidate and sustain the results from phase 1 to transform the public service to be the employer of choice for skilled and inspired professionals and technical personnel.”

The second paper presented before cabinet was on the ratification of the international solar alliance framework agreement by the Hon Minister of Petroleum and Energy,” Sillah said.

“Cabinet was informed that the International Solar Alliance (ISA) was launched by Narendra Modi, the Prime Minister of India and Francois Hollande, the former President of France,” he said.

“The International Solar Alliance (ISA) framework treaty has already been ratified by 44 countries around the World. The Gambia has already put in place a roadmap to use viable alternative sources of energy particularly renewable energy to reduce the country’s over dependence heavy fuel oils which are deemed as harmful to the environment.”

According to Sillah, The Gambia’s membership in the international solar alliance is expected to give the country access to bilateral and multilateral organizations and other stakeholders that can make a positive contribution to assist and help achieve the common goals of increasing the use of solar energy in meeting the country’s energy needs.

The information minister also said cabinet was also briefed on an ECOWAS Regional Electricity Access Project presented by the Hon Minister of Petrolum and Energy.

“This project is a World Bank Programme to develop an ECOWAS Regional Electricity Access with the objective to increase grid Electricity in selected ECOWAS countries,” he said.

“As part of this project, an amount of $66 million is proposed as grant for The Gambia to increase electricity access in peri-urban and rural areas covering localities within a 100km radius of the Soma and Brikama OMVG substations in The Gambia.”

The third paper presented before cabinet was to enforce section 37 (1) and (2) of The Gambia Postal Services Act 2005,” he said.

“This paper was presented by the Minister of Information and Communication Infrastructure. The Postal Services Act 2005 gives Gampost exclusivity of conveying all letters weighing 2kilograms and below. The Ministry of Information and Communication Infrastructure is now demanding that GAMPOST be given exclusivity for all letter mails weighing from 0 – 4 kilograms instead of 2kilograms. Cabinet has endorsed the proposal which aims to support state corporation to embrace new technologies and applications for improved service delivery,” he said.

“Cabinet also approved a proposal by the Minister of Information and Communication Infrastructure to place GRTS reporters in every Ministry to enhance the visibility of and the factual reporting on government activities.”