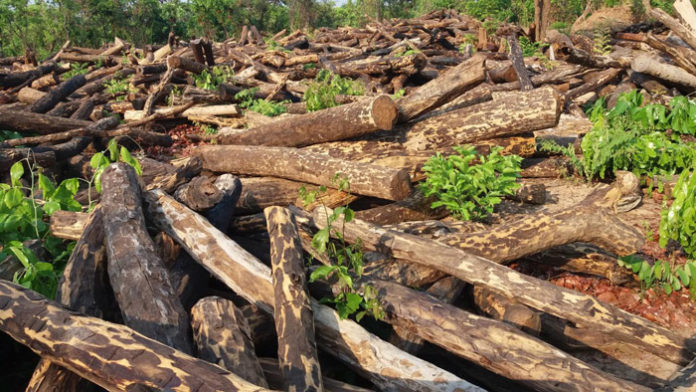 The district tribunal presided over by Kanimang Sanneh Chief of Jimara, has fined seven Senegalese and a Gambian a sum of D7000.00 each, after they pleaded guilty to illegal logging.

The eight were charged on two counts of felling trees without license and illegal importation of forestry products contrary to sections 27 and 4 respectively, of the Forestry Regulatory Act.

Police spokesperson Superintendent David Kujabi, said the men were arrested on December 16 2017, by police in Upper River Region, during a routine night patrol in Jimara.

‘The police chanced on them smuggling timber on horse and donkey carts.’ Kujabi said.

As part of the sentence, Kujabi added that the carts and timber logs were forfeited to the Forestry Department, while the donkeys and the horses were returned to the accused persons.

‘Felling and smuggling of timber across the border of Gambia and Senegal are a growing criminal activity in the regions of URR, CRR and LRR and police and other security forces are coordinating efforts in order to stem its rise.’