Bristol City Secures The Services Of A Gambian Youngster 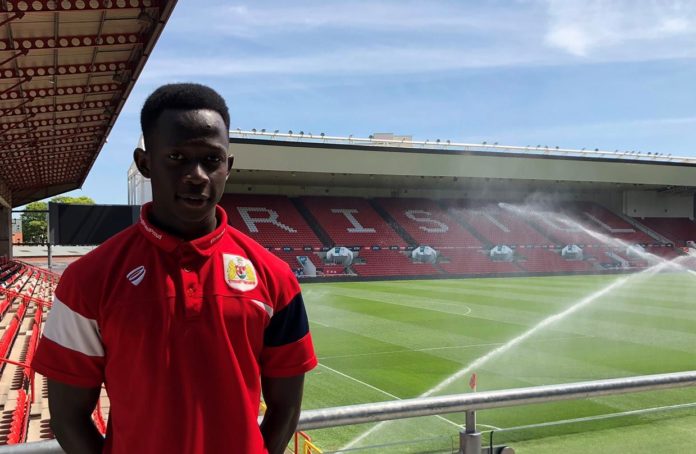 - Advertisement -
By Omar Jaju
English Championship, club Bristol City has secured the services of Gambian striker Saikou Janneh who joined the club’s academy. The 18-year-old striker put pen to paper on a deal after he impressed them on trial while at the Ashton Gate club.
“It feels great to sign on here,” Janneh said in an interview with the club’s official website.
“I didn’t think I would make it but I have been working hard. I have always worked hard. I trialled here originally and I wasn’t ready then but I continued to improve in Bath and I had the chance to show myself with another trial at Bristol City and now I believe I know what to do.”
Janneh, who moved to England at the age of 13 and scored against Barnsley in the Under-23’s final league game of the season, added his sights are firmly on cementing a future place in the City first team.
He continued: “I’ll be joining the U23s, who I have made my debut for already and I have also scored for them so I am looking forward to next season already!”
“Then my aim is to break into the first team and stay there and I hope one day that will lead to the Premier League.”
- Advertisement -
- Advertisement -
- Advertisement -
Share
Facebook
Twitter
WhatsApp
Linkedin
Viber
Previous articleNEWS REVIEW 6th August 2018 …Part 1
Next articleHigh Court Dismisses Gov’t’s Application To Unfreeze Jammeh’s Properties To Construct Hotels For OIC Summit