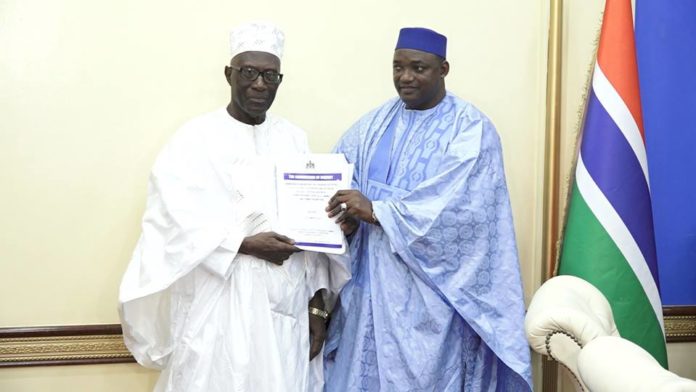 President Adama Barrow has decided to publish the full report of the Commission of Enquiry into the Financial Activities of Former President Yahya Jammeh and His Associates, following a Special Cabinet meeting on Wednesday 4th September 2019, the presidency said on Wednesday.

President Barrow on Wednesday met with his ministers to discuss the Janneh Commission report, an investigation that has visibly indicted the former president in terms of how he managed public funds.

Millions of dollars, the commission’s report said, have either been embezzled or stolen.

But according to the Attorney General and Minister of Justice, Honourable Abubacarr Tambadou, President Barrow has given his blessings to the full release of both the report and the Cabinet White Paper, which will contain the executive decision of Cabinet on the matter, State House reported on its official Facebook page on Wednesday.

Although he was short of giving the exact date of publication, Minister Tambadou said it will be released for public consumption before the constitutional deadline of the end of September, the presidency said.