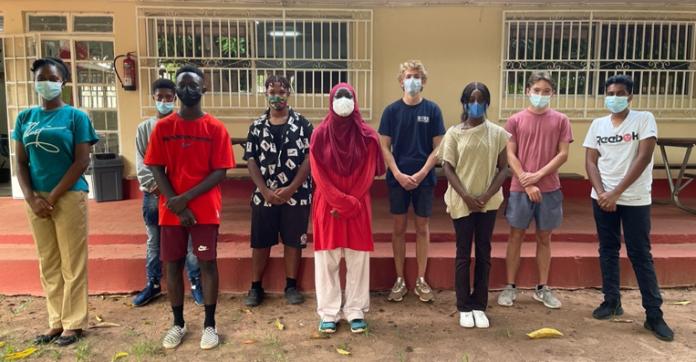 Fajara, The Gambia There’s a great division in how Americans view the second Monday of October. The question of celebrating “Columbus Day” versus “Indigenous Peoples’ Day” reflects people’s stance on what it really means to have “discovered” America. Before Columbus had accidentally landed on American shores, millions of natives had already lived on the continent for several centuries, developing rich, distinct, and complex civilizations across what became known as America. Columbus was a talented sailor, and after much convincing, he was able to persuade the Spanish monarchs to give him three ships. On October 12, 1492, he and his crew set their eyes on Hispaniola…becoming both his worst failure and biggest achievement.

Columbus Day is a U.S. holiday commemorating Christopher Columbus’ arrival in the New World on October 12, 1492. Columbus was born in Genoa, Italy, and over the years, Italian Americans increasingly picked up the cause of acknowledging his accomplishments. This sense of pride for Italian-Americans is one of the main reasons for the celebration of this day.

Native Americans and other organizations have criticized the commemoration of an event that culminated in the colonization of the Americas, the start of the transatlantic slave trade, and the deaths of millions of people due to murder and disease. To halt the celebration of the Italian explorer in favor of recognizing Indigenous Peoples and their tenacity in the face of oppression is what seems right; celebrating their bravery and courage to stand through it all.  Baley Champagne of the United Houma Nation, petitioned her Governor, John Bel Edwards, to change the holiday, and he did as she asked.  Ms Champagne once said:

“We’re drawing light to the fact that we’re not going to allow someone like that to be made into a hero because of the harm he caused to Indigenous peoples in America by establishing Indigenous Peoples’ Day.” – Baley Champagne,

Indigenous Peoples have unique cultural beliefs and practices which, historically, haved included Mayan stone structures like the double chambered vessel used to express scenes of daily life and rituals of the Maya; Incan architecture like the sun temple used as to pay tribute and give offerings to the sun inside Machu Picchu; and potlatch ceremonies held amongst the Kwakiutl.