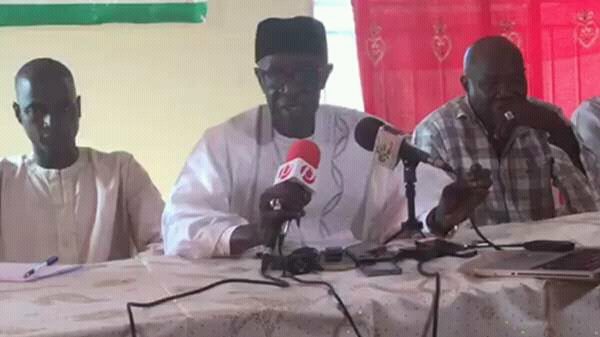 In a press conference yesterday, following the completion of Local Government Elections, the APRC party convened a press conference at which their party leader called for the resignation of the Independent Electoral Chairman, Mr Alieu Momar Njie.

Fabakary Jatta claimed that Mr Njie’s hatred of the party is no secret, and that his bias is also evident to all. “In the interest of free, fair and credible elections, and the peace and stability of The Gambia, we are asking the chairman to resign.”

It could be recalled that Seedy Njie, a member of the APRC Executive Committee has told reporters that the party will issue their verdict on the just concluded elections after they have met. Many observers however, were surprised that the APRC would come out with such a blunt statement, owing to the respect and integrity Mr Njie enjoys. Others however are not so surprised. “What do you expect? Mr Njie brought their 22 years of tyranny to an end, how can they accept him?”

Fabakary failed to mention specific incident of Njie’s bias in the just concluded elections, but said they’re looking into issues raised by their agents on the ground.

He condemned the attack on his compound and party supporters by the UDP mob, after their loss at the polls.