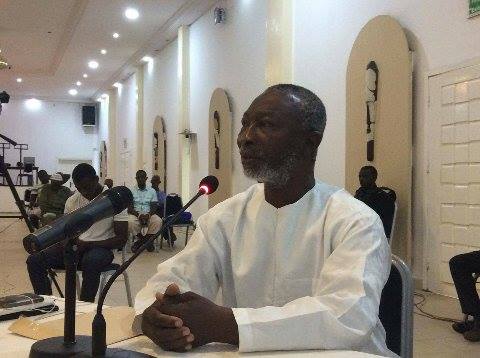 Momodou Lamin Sonko, Country Coordinator for MA Kharafi and Sons was on Monday asked the Janneh Commission to clarify the controversial acquisition of Kairaba Beach Hotel by former President Jammeh and to also react to the contradictory evidence of Amadou Samba and Lang Conteh about the same hotel.

According to him, the testimony of Lang Conteh in relations to the said hotel and that the Management of Kairaba hotel was handed over to Mr. Samba is correct. He added that Samba’s sister, Lawyer Mary Samba represented MA Kharafi during the sales transactions and she was paid $10, 000 as legal fees.

Sonko further testified that they agreed for the new lease documents to bear the name of MA Kharafi but was quick to add that he is not sure whether they were given the new tittle deed but at the time of the sales, the hotel owed Standard Chartered Bank the sum of $2.6 million.

On endorsement of the sales agreement by Lawyer Edward Gomez, the witness said he never met Mr. Gomez during the course of their transaction on the hotel and therefore does not know how it came about. He revealed that Amadou Samba represented the former president on the purchase of Kairaba hotel and he signed on his behalf. The witness further made reference to a letter written by Mary Samba in connection to her legal fees which was admitted into evidence as exhibit.

On whether or not Capital gain tax was paid, the witness revealed that he spoke to former President Jammeh about it but he responded to him that Amadou Samba will handle it.

However, Commission Counsel Amie Bensouda asked the witness to inform MA Kharafi and Sons to produce all relevant documents relating to Kairaba and also inform them about the outstanding sum of $2,000,000 owed to Central Bank of the Gambia by the Hotel.

Correspondence between Mary Samba Solicitor for Kairaba Beach Hotel and MA Kharafi and Sons, Standard Chartered Bank among others all in relations to the sales of the Hotel were admitted as exhibits. At that point, the witness observed that the sales agreement tendered before the Commission and the one in the possession of MA Kharafi were at variants.