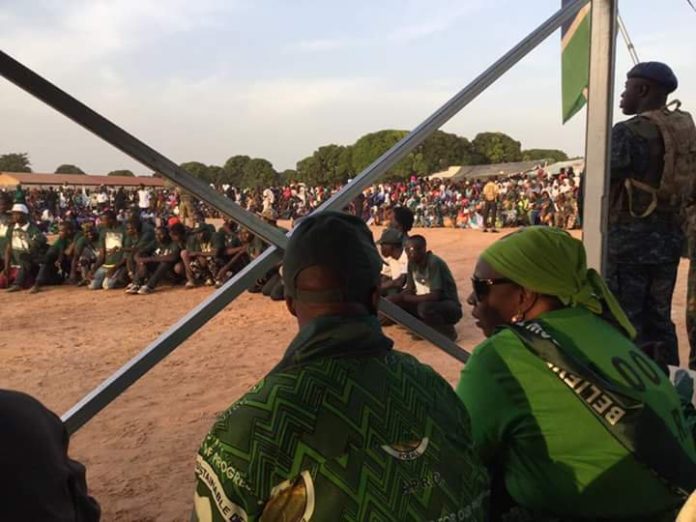 Alhagie Kanyi has said that Yankuba Touray and Fatoumatta Jahumpa Ceesay advised him to give a cold shoulder to the Truth, Reconciliation and Reparations Commission, TRRC.

The TRRC has been entombed in a cumbersome exercise of bringing to the surface the truth with regard to human rights abuses and violations which occurred in former president Yahya Jammeh’s 22 years rule.

Kanyi who was a member of the Gambia National Army in the 1990s on Thursday told the commission he participated in the killing of as many as eight people who were accused of trying to overthrow Jammeh’s government in 1994.

He also admitted he took part in the gruesome murder of The Gambia’s minister of finance in 1995 Ousman Koro Ceesay. Ceesay was murdered in Yankuba Touray’s house in Kololi.

According to Kanyi, two people who reached out to him as soon as his name emerged at the TRRC are Yankuba Touray, a former right-hand of Yahya Jammeh and a former speaker of the national assembly Fatoumatta Jahumpa Ceesay.

According to Kanyi, “another few minutes time (sic) I was called by Fatoumatta Jahumpa Ceesay.”

“I was wondering how this lady… I never know her (sic). Mmalong suto, mmalong tili (I don’t know her in the night, I don’t know her in the day, how did she manage to get my number? Through Yankuba [Touray]. But definitely for her the advise she advise me is that, ‘is your mother alive?’ I said, ‘yes my mother is alive.’ She said, ‘always do good for your mother let her pray for you but don’t mind about these people.’ I said, ‘which people?’ She said, ‘TRRC people, I learnt that they called you,'” he told the commission.

Yankuba Touray and Fatoumatta Jahumpa Ceesay are quite close, a source close to the two told The Fatu Network on Thursday.