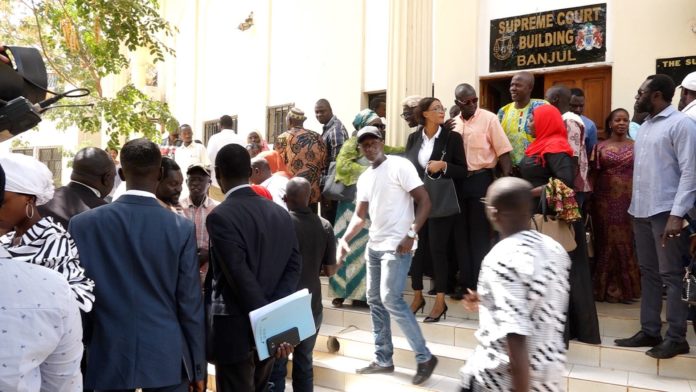 A small crowd on Monday gathered at the Supreme Court in Banjul chanting ‘Allahu Akbar’ in a defiant show of support to embattled national assembly member Ya Kumba Jaiteh.

Ya Kumba Jaiteh on Monday began legal proceedings against the attorney general and at least three others.

It comes following her controversial sacking as a member of the national assembly by President Adama Barrow.

“We came to court to get a declaration to set aside the decision that has so far been taken by the executive,” Ms Jaiteh’s lawyer Bori Touray told The Fatu Network on Monday shortly after the case was adjourned for hearing.

Touray added: “The matter only came up for mention. There is a motion before the court in which we are seeking to restraint the swearing in of the so-called appointed new member of the national assembly. So the state said they needed time to be able to file a response to the application before the court and on that note the matter has been adjourned for hearing to Thursday.