‘We thought there is dishonesty in that’: Football chief Kaba Bajo details how Gabonese fooled public health officials by telling them their players will do COVID-19 test at their hotel only for them to refuse 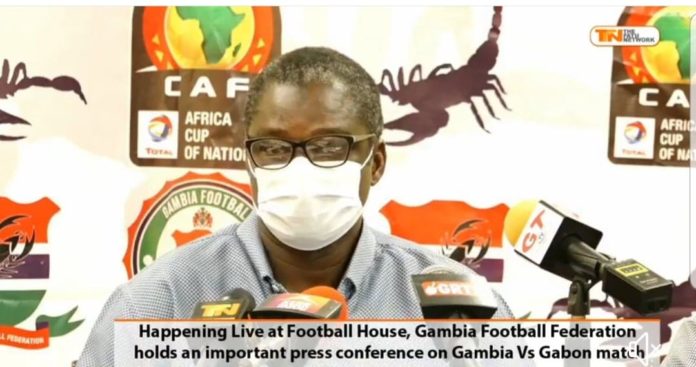 The President of Gambia Football Federation has said they thought there is dishonesty on the part of Gabonese to assure health officials their players will do coronavirus test once they arrive at their hotel just for them to later refuse.

The Gabon football contingent and health officials at the Airport engaged in a standoff after the former refused to go through coronavirus test. The delegation spent hours there.

“I was told they arrived, they wouldn’t want to surrender test results and they also wouldn’t want to do the test at the airport,” Lamin Kaba Bajo told reporters at Football House on Thursday.

The Gabon delegation were later let to leave the airport for their hotel on the assurance from their sport minister and other top football officials that their players will do the test once they arrived at the hotel.

“…The same things were manifested, that they refused to hand over their purportedly negative test results of Covid-19 to the health officials. Which country… Who dares travel [to] any part of this world and refuse to do that? I have been travelling during this Covid-19. You don’t even think about that,” Mr Bajo said as he shared his conversations with health officials.

“We thought there is dishonesty in that. Why would the minister fool the public health officials, promised that they were going to do the test at the hotel and in the end renegade on it? Why would my colleague also, due respect to my very good friend Pierre Allen, deceive me, assuring me that they were going to comply on it only to renegade on it. If I had known he wouldn’t do it, maybe something else would have happened,” Bajo said.