President Barrow praises government officials after Gambia was scored 0.71 for corruption by MCC 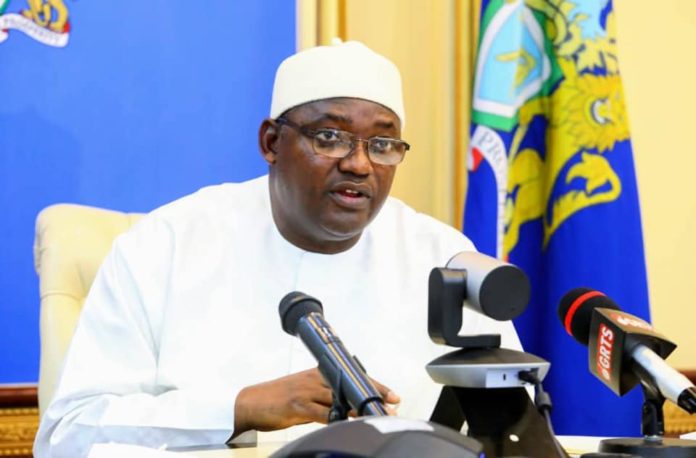 President Adama Barrow has commended civil and public servants after The Gambia was scored 0.71 in Millennium Challenge Corporation Agency’s fiscal report 2021, with a percentile ranking of 92 percent in terms of the income group the country belongs in.

In the report seen by The Fatu Network, The Gambia was ranked alongside countries whose GNI/Cap is 1,945 dollars. Gambia’s GNI/Cap is 740 dollars, according to the report.

The Gambia was scored 0.71 which means it has made gains in terms of corruption. The median score is 0.00.

President Adama Barrow has been briefed on the state of affairs of governance under his watch as indicated in the report, State House said on Thursday.

“Reacting on the report, President Barrow commended the Civil and Public Servants for their commitment to hard work despite the challenges they face and urged them to ensure that processes and procedures are continuously respected. He equally expressed appreciation to the policymakers for demonstrating the strong political will to have a system in place that gives priority to serving the general good,” President Barrow said, according to State House’s statement.

Meanwhile, The Gambia performed badly in the fiscal policy component under the economic freedom category by being scored -4.5.

- Advertisement -
Share
Facebook
Twitter
WhatsApp
Linkedin
Viber
Previous article‘We thought there is dishonesty in that’: Football chief Kaba Bajo details how Gabonese fooled public health officials by telling them their players will do COVID-19 test at their hotel only for them to refuse
Next articleSport ministry announces two mini stadia scheduled for construction will have their foundation stones laid by the minister Bakary Badjie