The United States is deeply concerned by the death of Gambian opposition member Ibrima Solo Krummah, who reportedly died on August 20 while in government custody. We remain troubled by reports of the Gambian government’s continued mistreatment of detained opposition figures, as evidenced by recent deaths and allegations of torture.

We call for an independent investigation of all credible allegations of torture and abuse, and for the Gambian government to provide for the humane treatment of all prisoners. We again call on the government of The Gambia to immediately release all political prisoners, including the 30 individuals sentenced last month and those arrested during the April and May demonstrations. We further urge the government of The Gambia to cease its sustained crackdown on political opposition members and supporters, and to respect the rights of all citizens to freedoms of expression and association without fear of retribution. 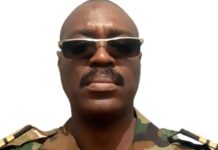 As fear mounts over draft constitution failing national assembly test, group of concerned youths pens letter to MPs urging them to approve it 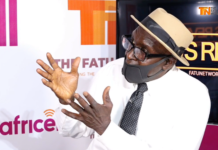 Samsudeen Sarr: The man who pretended to be mad to avoid getting killed while held at Mile 2