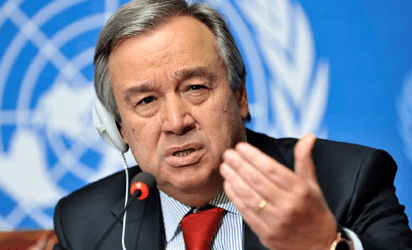 Guterres made the call in a report to the Security Council on the activities of the United Nations Office for West Africa and the Sahel (UNOWAS).

Senegalese head to the polls next month to elect a new president, where President Macky Sall is seeking a second term in office.

The UN chief also appealed for peace in other countries in the West African sub-region holding elections in 2019, noting that there has been incremental improvement in the conduct of elections in the region.

“However, the pre-and post-electoral periods have often been characterised by antagonistic contestations and disputes,” he said.

“I call upon authorities and national stakeholders to work together to ensure a level playing field and to create an environment conducive to the holding of peaceful, inclusive and credible elections in 2019 in Benin, Guinea, Guinea-Bissau, Mauritania, Nigeria and Senegal.”