UK Hospital Sends Gambian in Need of Treatment Away 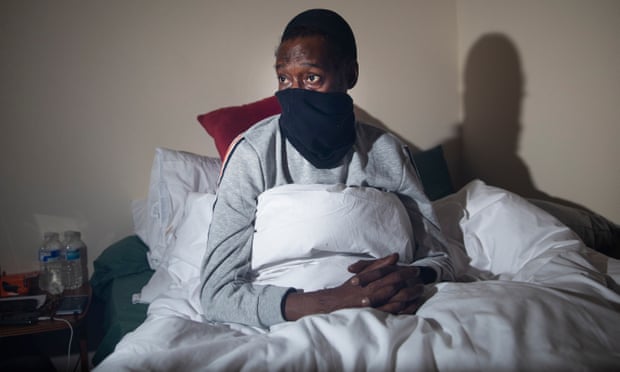 A campaigner against female genital mutilation who had been diagnosed with terminal cancer was sent away from a Derby hospital because he was not eligible for free NHS care.

Saloum, 54, who asked for his surname not to be used, fled the Gambia 10 years ago after risking his life by challenging the government for condoning the widespread use of FGM. Three-quarters of Gambian women aged 15-49 have undergone FGM.

After Saloum reached the UK he was subjected to labour exploitation and remained under the radar of the authorities until he collapsed on a Derby street on 27 December last year and was taken to Royal Derby hospital.

He was diagnosed with two brain tumours and lung cancer and given just days to live. After being treated at the hospital for several days, Saloum was told that as an undocumented migrant he was not eligible for further NHS treatment unless he could pay for it. He could not and was discharged.

Days later, after pressure from the charity Doctors of the World, the hospital indicated it could provide care, but Saloum is currently staying in a small bedsit after friends and members of the local community raised money to pay for accommodation.

Saloum’s friends are looking after him in shifts. He is extremely weak, coughs frequently, and while speaking to the Guardian he was drifting in and out of consciousness.

On Monday, Saloum received a bill from the hospital for £8,397 for the treatment received before his care was terminated. He cannot pay the bill.

“I ran away from my country to come here after I spoke out against FGM,” he said. “I’ve never done anything wrong and I’ve never been in trouble with the police.”
He said that until he collapsed he had no idea he was ill.

“I had been having headaches and was taking paracetamol,” he said. “When I was in the hospital I was in a coma for three days, I didn’t know what was happening.”

One of his friends Fatou, 38, said she was shocked that despite a request for Saloum to be discharged at 6pm to allow people to organise accommodation for him, staff said he had to leave by midday.

“It is so inhumane to treat someone with brain tumours and lung cancer in this way,” Fatou said. “We know his condition is terminal. When he was diagnosed in the hospital we were told he only had about five days to live.

“It was the way things were handled that was so upsetting. He was told to leave because he could not pay for his care and was not eligible for NHS care. We felt there was no humanity. All we want is for him to receive the treatment he needs to make him comfortable for however long he has left.”

Lucy Jones, the director of programmes at Doctors of the World, which is supporting Saloum, said: “We were horrified to hear that a terminally ill patient was discharged from the care of all healthcare professionals and left to fend for himself in the community, causing a great deal of stress at an already devastating time.

“… This case shows the hostile environment is alive and well in the NHS, forcing clinical staff to withhold care from dying patients. All doctors and nurses should be able to treat the patient in front of them, not least to ease pain and suffering at the end of their life.”
Dr Magnus Harrison, the medical director at University Hospitals of Derby and Burton, said:

“We provide care to overseas patients in line with national legislation that outlines which patients are eligible for free NHS treatment. Treatment in NHS emergency departments is free for patients who are not ordinarily resident, although any subsequent treatment as a result of admission to hospital is chargeable.” (Guardian)